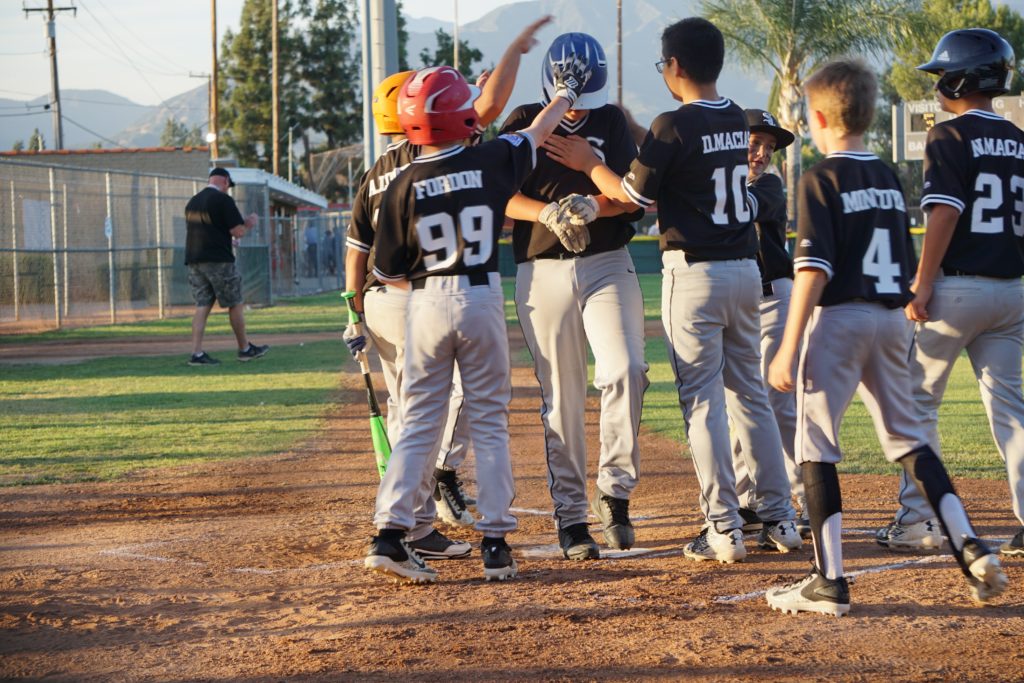 Hibbard went deep for the Sox.

LA VERNE, Calif., May 22, 2017 — The Chicago White Sox scored late and often to defeat the Nationals, 14-5, on the opening night of the La Verne Little League Major Division playoffs at Pelota Park in La Verne.

The game, however, was played under protest by the Nationals when the umpires ruled  in the top of the fifth inning that the Nationals’ Ian Hoffstetter had to start the inning as pitcher — even though he wasn’t the Nationals’ intended pitcher — because he had picked up the ball on the pitcher’s mound and toed the rubber.

Citing an obscure rule that is unevenly enforced, the umpires decided that toeing rubber constituted intent, meaning Hoffstetter had to come in and pitch. The Nationals disagreed and lodged their protest with the league. League officials will weigh in and decide whether to allow or dismiss the protest.

At the time of the controversy, the score was deadlocked, 5-5. After the umpire’s decision, the White Sox caught fire, scoring four runs in the top of the fifth and five more in the top of the sixth to win going away, 14-5.

The protest, however, didn’t overshadow some great performances on both sides on a night where there was playoff electricity in the air.

The Nationals responded with one run in the bottom frame on a double by Diego Vazquez to drive in Justin Heinlein who had singled.

In the top of the third, the White Sox built their lead to 5-1 on an RBI triple from Fordon and a two-run homer by Hibbard.

The Nationals knotted the score, 5-5, in the bottom of the fourth on a strange sequence of events. After White Sox pitcher Adrian Lopez surrendered a double to Bubba Rambaud and issued a free pass to Diego Vasquez, Lopez hunkered down to strike out the next three batters, but on the third strike to Hunter Vigil, the ball got loose behind the plate and Vigil beat the throw to first.

Taking advantage of the break, the Nats went on to rally four runs and tie the game. Two of the big blows to get the Nats even were back-to-back doubles from Josh Kim and Chris Rabadi.

Then the controversial fifth inning struck during which the White Sox scored four runs on four hits and a walk.

The White Sox tacked on another five runs in the top of the sixth to close out the win, 14-5. 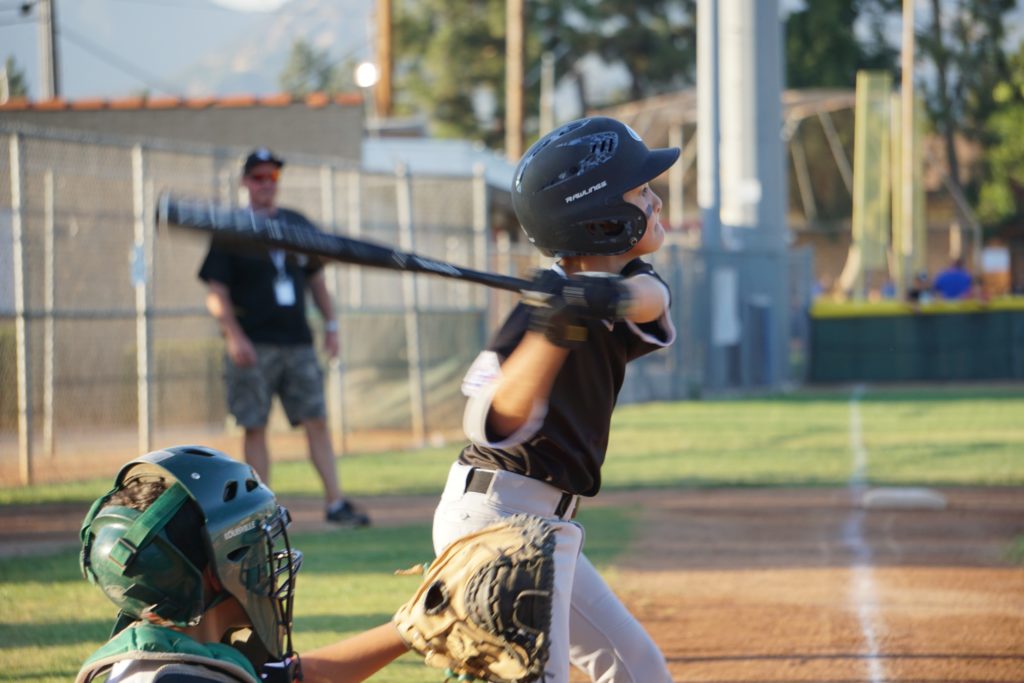 For the Nationals, Heinlein had a pair of hits as did Hoffstetter and Hunter Vigil. The White Sox took the bat out of Diego Vazquez’s hands by intentionally walking him twice.

The evening, especially the fifth inning, brought plenty of high drama and controversy to the ball yard. If the rest of play that continues this week is anything like Monday, hold onto your seats.