Many residents have chose to amble down the Hillcrest retirement path.

LA VERNE, CALIF. , May 17, 2017 — San Antonio has the River Walk, New Orleans has the French Quarter, Orlando has Walt Disney World and La Verne has … Hillcrest – A Remarkable Retirement Community.

What makes the community unique or “remarkable” is that unlike most retirement centers where visitors are greeted with a gate, guard, gun and a 20-foot wall, all designed to keep people out, Hillcrest and its approximate 400 residents very much want to invite the community in. As such, it has become La Verne’s unofficial hub and home for candidate forums, graduations, talent shows, state of the city, teacher of the year and other high-profile events and celebrations throughout the year.
“Our residents have come to live here exactly because it is such a wonderful gathering place,” said Mike Townsend, Hillcrest’s Marketing Director. “They want different groups here because of the spontaneity they create.”
Instead of being an imposing warehouse for the wizened and wrinkled set, Hillcrest really has no boundaries, its homes and living quarters are interspersed throughout an east and west campus only blocks from La Verne’s old town, gracefully and tastefully integrated into the fabric of the community. Kids on their skateboards cut through the grounds on their way to school, workers grab lunch at one of its two dining facilities, a group of La Verne Rotarians assemble for an early-morning breakfast meeting before heading off to their jobs.
Whether it was the original intent of Hillcrest’s founders in 1947 to disguise the Hillcrest retirement community as a nonstop activity center, which also offers continuing care for its occupants, few will argue with the results, especially the residents. Given all the amenties here — an art gallery, aquatic center, wellness library, lapidary and woodworking shops, separate rooms for weaving and other arts and crafts, demonstration kitchens, and the spas and salons, it’s no wonder the remarkable community boasts a 94% occupancy. 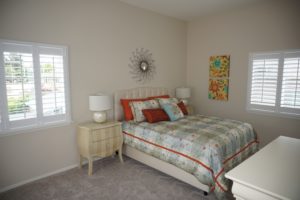 As for the various living arrangements and accommodations, they appear to be just as numerous. There is loft-living, apartment living or residential quarters up to four bedrooms and two baths, so residents can upsize or downsize, again according to their needs and preferences. Increasingly, units are being equipped with technology that responds to voice commands that can control everything from the TV to the central heating and air conditioning. All of the units feature pull chords, so help in an emergency is always nearby 24/7. Outside, depending on lifestyle choice, residents can recreate or entertain on a terrace or in their own private garden.
Indeed, Hillcrest has prepared itself well for the lifestyle choices of today’s baby-boomers or what some have called the “silver tsunami.” Residents can move into Hillcrest starting at age 62.
Although Hillcrest turned 70 this year, a visitor would never know it. In fact, the retirement community seems to be comfortably hitting its stride. Buildings are constantly being retouched and refurbished. The aquatic center looks as if it just opened. The grounds are perfectly manicured. If something as small as a gum wrapper gets loose anywhere on the two campuses, a small army of staffers is ready to intercept it. 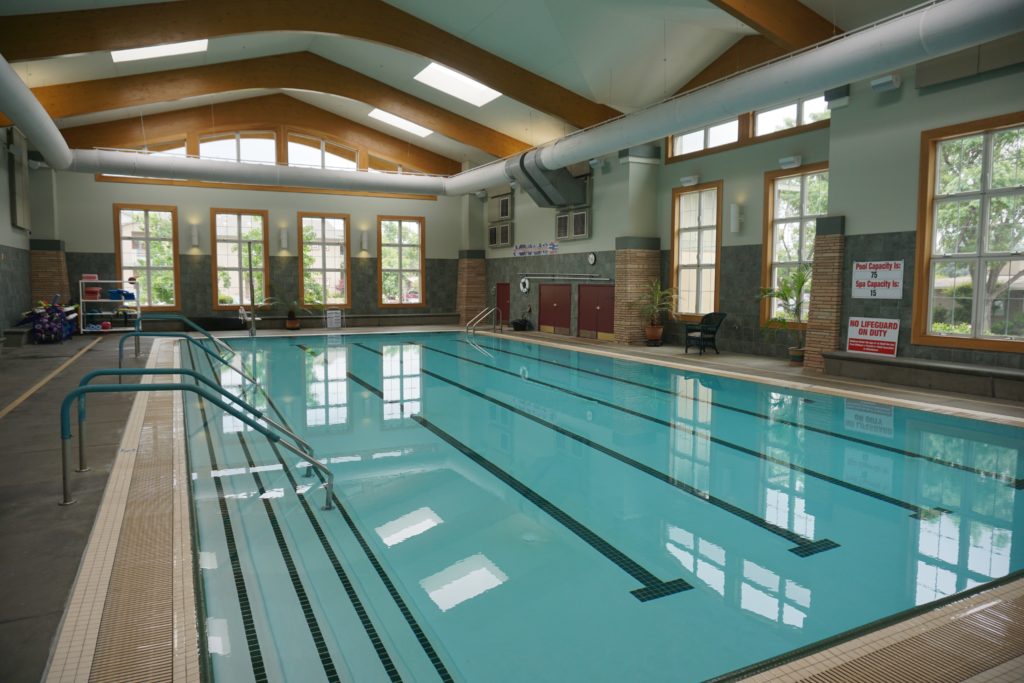 Unlike many retirement communities, Hillcrest appears to have struck the right equilibrium, encouraging active lifestyles, but without being meddlesome. The community garden, which grows boysenberries, squash, corn and Swiss chard, serves as a perfect example of this intervention-without-intrusivenenss balance that Hillcrest embodies. While Hillcrest furnishes the soil and water, and the vegetables grow in raised beds (reducing the possibility of a strained back), the residents do the gardening.

“We get it ready to go and they take it from there,” Townsend said.
Like the current State Farm insurance commercial, where the pitchman and actor J.K. Simmons says, “We know a thing or two because we’ve seen a thing or two,” Hillcrest knows how to do retirement, keeping its residents healthy, happy and engaged. As a result, it’s not unusual for Hillcrest to now be serving the grandchildren of residents who first called Hillcrest home in the late 1940s and early 1950s.
“The culture and tradition are just incredible here,” said Townsend, who has worked at some of the most highly regarded retirement communities in the nation, qualifying him as someone who can make an honest comparison of Hillcrest’s competition. “Hillcrest has worn off all the edges to make it comfortable to live here,” he said. “They’ve figured it out.”
The Hillcrest community further benefits by having four of its board members, including the Hillcrest chairperson, living on campus. “Our participatory governance is another reason that Hillcrest is remarkable,” Townsend said. By being on site, they constantly see what’s working and what isn’t.

Although moving into a continuous care community can alleviate concerns on the part of both residents and their family members that residents will receive the physical support and attention to remain active and vital, the emotional support residents receive might be even more valuable. Too often, according to Townsend, people who say they want to be free and independent living in their own homes can actually become isolated and imprisoned under this living arrangement. When Townsend visited homeowners through his longtime participation in the Meals on Wheels program, he saw residents who hadn’t visited the second story of their homes for years. Worse, he often saw a well- worn triangular path in these same homes that ran from the sofa to the kitchen to the bathroom.
Because the conversations usually ran longer than they had scheduled on their Meals on Wheels visits, Townsend said he and his fellow volunteers often struggled to reach all the seniors on their delivery days.
“It was never as much about the food, as the human contact,” Townsend said.
For that reason, Townsend believes you can’t put a price on the peace of mind that a community like Hillcrest can provide.
To move into Hillcrest, residents will pay an entrance fee and a monthly fee that will fall somewhere in the middle of the price spectrum for retirement community living, moving lower or higher based on unit size and a host of other personal choices. Often new residents have taken the appreciation from the sale of their home to facilitate the move to Hillcrest.
“That’s a way to sell an inactive asset and turn it into something that works,” Townsend said, noting that entrance fees paid help keep rates affordable for all residents. This can often be a far better alternative for family members who in the past had visited their parents still living independently in their homes only to discover that a faucet needed fixing or the house needed painting — annoying chores that ended up consuming all of their quality time they had expected to spend with their parents.
While the community was founded by the Church of the Brethren, the same group that founded the University of La Verne, roughly 20 percent of the residents are Brethren today. According to Townsend, the church provided an early welcoming influence.
“It is such an accepting faith,” Townsend said. “It has always been welcoming of newcomers, which is why we can be such a gathering place.”
About 40 percent of Hillcrest’s residents are retired teachers and librarians, which probably explains why Hillcrest boasts one of the finest wellness libraries of any retirement community in the nation. Rarely, if ever, will a visitor find a book out of place.
What, however, is out of place at Hillcrest is the center’s shuffleboard court.
“Nobody plays anymore,” Townsend admitted. “Eventually, we’ll replace it.”
As for the reason why nobody’s playing, that’s easy:
Hillcresters aren’t the shuffling kind. They prefer plenty of action and engagement, and they seem to have found it in a remarkable retirement community in La Verne.

Hillcrest has room to grow. It owns the adjacent land that a nursery now leases from the retirement community.