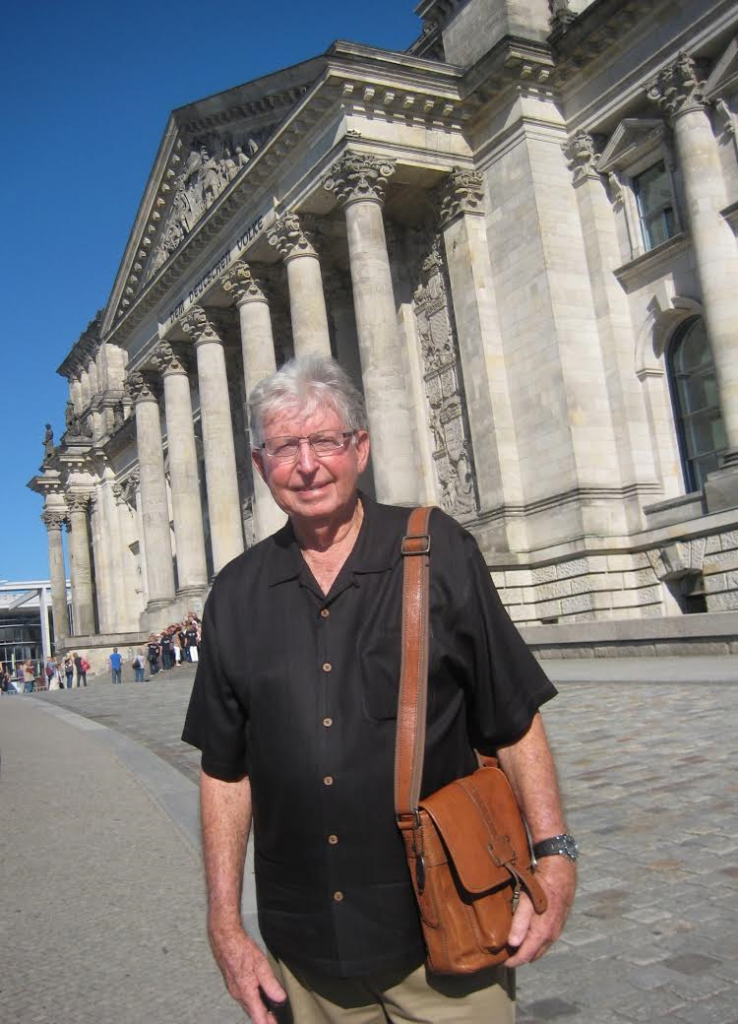 Bill Neill traveled the world to share with us its treasures.

Bill Neill traveled the world, filming its many treasures, but La Verne was always his home and his favorite subject to the end. The gifted filmmaker died on Saturday Nov. 12 of pancreatic cancer. He was 82.

Trained as a teacher at what was then La Verne College, he was naturally curious, with few things escaping his interest or his lens. Although he wasn’t a native speaker, he was one of the first to teach Spanish on television in Southern California. When his boss moved from Santa Ana to Lexington, Ky., Bill followed him, conducting teacher workshops for the Kentucky State Television Network.

After three years of traveling every hill and dale of Kentucky, he returned to Southern California, producing and directing programs for PBS-affiliate KOCE-TV in Orange County, Calif., for 11 years. During his tenure at the station, he brought the mysteries of King Tutankhamun’s tomb and the wild animal migrations of the Kenya savanna into our living rooms.

Back home, Bill produced documentaries slightly less exotic, but no less fascinating. His subjects ranged from the science of hearing to the craftsmanship of John D. and Catherine T. MacArthur Foundation winner Sam Maloof, whom he followed for five years to capture the woodworker’s true “genius.”

Bill worked with many personalities including Joel Grey (far left) of “Cabaret” fame.

But perhaps Bill’s best video work was reserved for his home town of La Verne to which he and his wife Charlotte returned in the 1980s. Wielding his camera, Bill officially or unofficially could be found capturing the university’s history. When the peace pole went up, Bill was there. When the old gym came down, Bill was there. When the historic Hanawalt house caught fire in the early morning, Brian Worley, then the University’s director of Facilities, knew to run and wake Bill and Charlotte, knowing Bill would grab his camera to record the burning of every last ember and capture the end of an era.

For the record, Bill taught TV production classes in ULV’s Communications Department (Charlotte was never far away, serving in the dean’s office), but just as often he served as the university’s unpaid historian, shadowing then-President Stephen Morgan and using his video skills to document the dynamic life and growth of the campus over the decades.

This act of selfless devotion and love for the university resulted in 150 video vignettes that he and Charlotte donated to the university’s Archives and Special Collections, now housed at the Wilson Library.

“It was truly a gift of love from his heart,” said Charlotte, who stood by her 6-foot-2 gentle giant for 54 years of a wonderful marriage that raised two sons, Roger, who pilots Boeing 777s, and Tom, an artist and graphic artist in Laguna Beach, Calif. 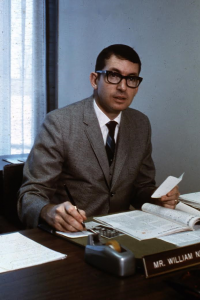 Together, Bill and Charlotte shared a wonderful life. While she couldn’t always travel with him, especially when the boys were young, the family loaded up the suitcases for a four-month semester at sea aboard Chapman College’s World Campus Afloat. And they always had Paris, a world capital that was their perennial favorite.

After Bill’s diagnosis on July 1 of this year, the tributes and remembrances of a life well lived started pouring in, but perhaps none greater than the one honoring Bill in the president’s dining room on the ULV campus on Oct. 4.

“It was standing room only,” Charlotte noted.

In another room long ago, Bill also had stood out, catching the attention of a minister’s wife at a church party in Monrovia, Calif. Later that fateful evening, she told Charlotte, then a student at Glendale College who was babysitting for the churchly couple, that there was a young gentleman whom she should consider meeting.

A memorial service is scheduled at the Church of the Brethren in La Verne on Dec. 16 at 2:30 p.m.

Charlotte Neill was one subject Bill doted on for 54 years.