I thought for sure I would be writing this week’s column about football.   Specifically, pro football.   The NFL.   You know—the altar at which we all worship.

Pro Football has turned into something very weird in this country.   Sort of a cross between religious fanaticism and drug addiction.   Or that one juicy girl you can’t get out of your mind, no matter what she does or how wrong she is for you.   Anyway, football has become—for much of this nation—like any and all of the above opiates….you just can’t stop thinking about it.   The longing is 24/7.   It never goes away. 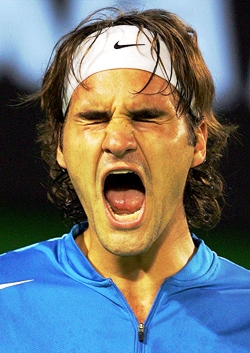 For the moment I have nothing to say about pro football.   I’m trying to cut back.   I’m not going to go cold turkey on you, relax, next week I promise I’ll work up something perfectly Heavenly about our drug-soaked national religion.   But for now, I am practicing restraint.   So I have nothing to say about football….except I can’t believe my Chicago Bears made four more stupid turnovers yesterday and had a hundred more yards in stupid penalties, just like last year, just like every year, I can’t believe I have to go through this torture again every damn week for a whole damn season, when are they gonna hire that Stupidity Coordinator I’ve been screaming about? and what was up with going for it on 4th down at the goal line in the 4th quarter when a field goal would have given them the lead? –no wonder they blew it, I still can’t believe they managed to win the damn game, I mean don’t the coaches and players get together before the game and talk about stuff?  I mean it’s ridiculous, I mean….WAIT!   Stop it!   Whew.   Y’see?   I got sucked in there for a moment.   A powerful drug, our pigskin opiate.   But not now.   No more.   No more football till next week.   Where’s my Football Anonymous sponsor when I need him?

We experienced a changing of the guard this last week.   A total and—I believe—complete realignment of the tennis solar system.   The Roger Federer Era is over, and we are now the starry-eyed subjects of the new king, Rafael Nadal.

No, not because Rafa is on the verge of wrapping up this year’s U.S. Open with almost comical ease.   Although it’s very cool of him to time it that way.   No, the Federer Era is over because Roger told me it was.   Told me with his play last week, with his body language, with his stooped shoulders.   With his eyes.

Federer’s semi-final loss on Saturday to Novak Djokovic wasn’t surprising on its face.   Djokovic is the 3rd best player in the world, it was only a minor upset.   No, it was the way Federer lost.   He served at only about 50%.   We’ve never seen that before.   He had about 69 or 70 unforced errors.   Never seen that before either.   A ridiculous 21 of those errors were in the 5th set alone.   Never saw that before.   He lost the 2nd and 4th sets by getting virtually blown out, by scores of 6-1 and 6-2.   Never saw that before either.   And then, with him miraculously ahead in the match deep in the 5th set, with double match point against Djokovic’s serve, he not only blew both match points, but blew them by playing uncharacteristically passive as if unsure of what to do.   Djokovic missed his first serve on both those points, yet Roger still held back the heavy artillery.   He just batted the ball back to Novak, daring him to beat him,   Which he did.   Djokovic won that game in brilliant style, and then played brilliantly to win the next two games and the match.   I’ve been wracking my brain to come up with even one prior example of a great player, or any player, losing a semi-final or finals match in a grand slam tournament after holding match point.   Only one jumps to mind; Ivan Lendl saved a match point against Pat Cash in the semis of the 1984 U.S. Open and then went on to win (no, I don’t know how I do it either).   But I’m willing to bet NO ONE has ever blown two match points in a grand slam semi, or final, and then lost the match.

In other words, I had never seen Roger Federer literally and definitively choke before.   Until last Saturday.

You know what it looked like and felt like to me?   I hate to say it and I know it sounds stupid, but it looked to me like Federer (on some unconscious, subconscious, unintentional level) wanted to lose that match.   Because he was afraid.   So that he would be spared another embarrassing public flogging by his nemesis Nadal in a grand slam final.   I know it sounds stupid.   But I’ll take that feeling with me to the grave….

In any case, it is clear to me that Federer is past it.   Is he still great?   Sure.   Is he better than anybody in the world not named Rafael?   You bet.   But I doubt if he will win more than one more major during the rest of his career.   Maybe none at all.   ‘Sounds funny to say about someone with a whopping 16 major titles.   But that’s what I think.   And I get paid a fortune (well, a fortune in most 3rd-world African countries that is) to write what I think.

Federer is married now.   Has a couple kids.   Probably more kids on the way.   He’s a little bit injury prone.   He’s pushing thirty.   And he’s already achieved everything he set out to achieve; those 16 major titles are the most ever.   He even finally won a French Open last year (with Nadal conveniently on the sidelines).   He’s been Number One at year’s end six times, and banked tens of millions of dollars.

So while Federer would look at you like you were crazy if you (okay, if I) told him he might never win another major, one at the most, I say he’s done.   Because he doesn’t think he’s lost a thing.   He’s confused why he no longer advances as deep into tournaments anymore, and he doesn’t quite get why he can’t beat Nadal, but he still feels like the King.   But he’s not.   His era is over.

There is considerable precedent in Sports for this kind of fall from grace.   This kind of losing of one’s competitive “edge”.   Lets keep our discussion to golf and tennis, the two big individual sports.   In tennis, Bjorn Borg was #1 one minute, and then was suddenly retiring the next.   He figured out he could not beat John McEnroe at Wimbledon or the U.S. Open, and all the air went out of his balloon.   So at 25 years old, in 1981, he just quit.   McEnroe was also 25 when he won his last major title, the 1984 U.S. Open.   Mac was so utterly dominant in ’84 that it was inconceivable that he would never win another major.    In fact I still can’t believe it a quarter century later, he was so good.   But he got involved with Tatum O’Neal that very year, they got married, she gulped some drugs, and then Boris Becker started winning Wimbledon every year and Ivan Lendl started winning the U.S. Open every year.   Perhaps the puny McEnroe figured he just couldn’t compete with the burly, big-serving Becker.   Or the hungrier, fitter Lendl.   Plus he’d already had a great career, three Wimbledons, four U.S. Opens, several years at Number One.   He had lost the hunger.   He lost his edge.   Anyway, by 1985, he was done as a major champion and done being Number One.   Forever.   And he was three years younger than Federer is now….

I think golf has the best example of a man’s internal clock telling him his time on top is simply up.   I’m talking bout the King of golf himself.   Arnold Palmer.

Think about Tiger Woods in recent years; that’s what kind of impact Palmer had on the game of golf in the late 50 and early 60s.   He was King long before Woods was King.   Hoards of loyal, rabid fans used to follow Palmer all around the course, like a swarm of giddy locusts.   They called it “Arnie’s Army”.   And why not?   By 1964 Arnie had bagged a U.S. Open, two British Opens, and four Masters titles.   Sure, this young fat Nicklaus guy was doing okay, winning the occasional big tournament, but surely he was no threat to the King, right?   And when Arnie won that 4th Masters in April of ’64 he was on top of the golfing world.

It would be his last major title.   That’s how fast it happens.

Because Nicklaus was soon winning everything in sight, mainly at Arnie’s expense.   People figured it out; Jack was better than Arnie.   More importantly, Arnie figured it out too.   Then, in 1966, he lost a 7-shot lead on that awful final day of the 1966 U.S. Open and that was that.   Managed to blow all seven strokes on the back nine alone, eventually losing in a playoff the next day to Billy Casper.   All the major-championship air was then forever out of his balloon.   Jack was thoroughly in charge as Number One.   Blowing that U.S. Open in ‘66 was Arnie’s choking equivalent to the way Federer choked and blew the Djokovic match on Saturday.   A complete choke-job, perhaps fueled by fear, perhaps driven by the knowledge that there was a new Number One Guy who was just flat better.

Arnie was 34 years old when he won that final major and then lost his edge.   Same age Tiger is now.

But it might be just a tad too soon to depose Woods entirely as King.   I know he hasn’t won a major in over two years, and hasn’t won a tournament of any kind in over a year.   And he obviously has personal issues (and old phone numbers) to sort through.   But I still have the feeling he may return to the top, win more majors, and reclaim his position as the world’s unquestioned Number One.   Maybe because Tiger is a different breed of cat.   And he is still fervently chasing Jack’s record of 18 major titles.   Besides, no one else—not one, single, hungry and great player—has stepped up to take the crown from him.   Phil Mickelson for example, has had his hands on the crown several times in recent years, particularly this year.   But when he touches the crown he acts as if it’s coated with rabies or herpes or something.   So it’s too early to give up on Tiger.

But in tennis, Roger Federer has dropped his crown, never to again pick it up.   Rafael Nadal has picked it up, and he’s gonna wear it for a long while.

The king is dead; long live the king.

Brad Eastland is an author, historian, film buff, undiscovered fictioneer, and unabashed lover of both golf and tennis—in no particular order.   Brad’s other recent columns for LaVerneOnline can be found in Sports under ‘The Sports Philosopher’ and also in Viewpoint under ‘Brad Eastland’s View’.    Brad has also written 4 novels and over 20 short-stories.    Samples of his best fiction work can be discovered within the mysterious links below: