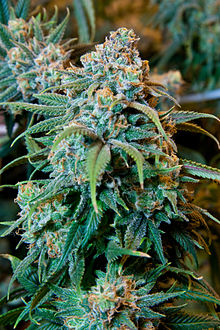 LA VERNE, California, February 20, 2018 — The saying, “If it’s too good to be true, it probably is,” holds special meaning in real estate.

An owner of a 2,700-square-foot home, I know, moved out of state, where she would be closer to her children and where her living expenses would be far less, but she decided to keep her home as a rental property to secure a steady income stream in her retirement along with enjoying several tax advantages. And in the event, things didn’t pan out in her new town, she could always move back.

She found a very likeable tenant who promised to mow the lawn each week and bring in the barrels and treat the home as his own. The tenant, who paid first and last month’s rent and a cleaning deposit, said he was especially attracted to the home’s open-concept design and the property’s three-car garage and large private backyard.

For more than a year, the renter’s check arrived on the first of the month and he never troubled his landlord once. She thought he was the perfect tenant. The thought of hiring a property manager to check up on the property never entered her mind — that would have cut into her income stream, and besides her tenant was so trustworthy.

Then one morning she got an early-morning phone call from the police where here home was located, informing her a fire had broken out in the house. Other than a pit bull running around loose in the backyard, there were no other occupants on the grounds when the fire department arrived.

Oh, there was one other thing: they found 445 marijuana plants on the premises with an estimated street value of more than $1 million.

In that moment, all her joys of being a landlord went up in smoke. And when the smoke cleared, things only grew worse.

Although the fire had been contained to the living room and a den, the damage to the home, from the hydroponic marijuana farming operation inside her home turned out to be far more extensive.

The source of the fire was a jury-rigged electrical system that the tenant had installed to bypass paying the electric company.

Mold spawned by the high humidity in the home was found not only in the drywall, but also the floor joists.

Huge holes gashed various walls and ceilings, which, she later learned, had been cut to provide ventilation so that the plants could grow.

Later, it was found that illegal fertilizers and chemicals had been dumped in the backyard.

The owner has received estimates ranging from $75,000 to $100,000 to restore the home, the large range due to the possibility of finding more contaminants on site.

Even after the repairs are complete, the owner still isn’t out of the woods. Whether she decides to rent or sell, she will have to disclose that her home is now a former “grow house.” Such a disclosure and designation is a stigma not only to many would-be prospects, but a red-flag for many mortgage lenders who have blanket policies against providing loans on such properties.

Insurance companies may also insist on more expensive policies because of the home’s recent hazard-prone history.

Furthermore, the home now has a “criminal” element attached to it. Pot buyers, uninformed about the recent home’s situation, might unexpectedly turn up on the doorstep looking to make a purchase, or worse.

Could the same scenario happen to you? Or instead of renting out the family home, might you decide to buy a house and then to rent it as an income property only to have the tenant turn it into a grow house?

The answers are yes and yes.

With the passage and now implementation of Proposition 64, legalizing recreational use of marijuana and the growth of up to six plants per household, there likely will be many more “business opportunists,”who can do the math: multiply six plants 50 or 100 times, and you potentially have $1 million.

My advice: If you are intent on being a landlord, make sure you’re not an absentee one!