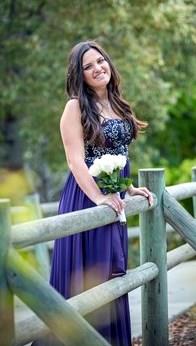 LA VERNE, California, December 19, 2017 —  With the opening of the 2018 softball season in March, the south softball field at Wheeler Avenue Park will be officially named after Jordyn Rivera, who played softball in the City’s youth leagues and at Bonita High School before she was killed in the Las Vegas mass shooting on Oct. 1, which claimed 58 lives.

At the Dec. 18 City Council meeting, La Verne Mayor Don Kendrick made the motion to name the south field in Jordyn’s honor. Councilwoman Robin Carter seconded the motion, which the City Council then passed unanimously.

Jordyn’s parents, Albert and Mary, and her brother Vince, were in the audience as the motion passed.

At the time of the shooting, Jordyn was a senior at California State University at San Bernardino. She was 21 years old.

“This is a great tribute for one who loved the sport as much as Jordyn did,” Mayor Pro Tem Tip Hepburn said.