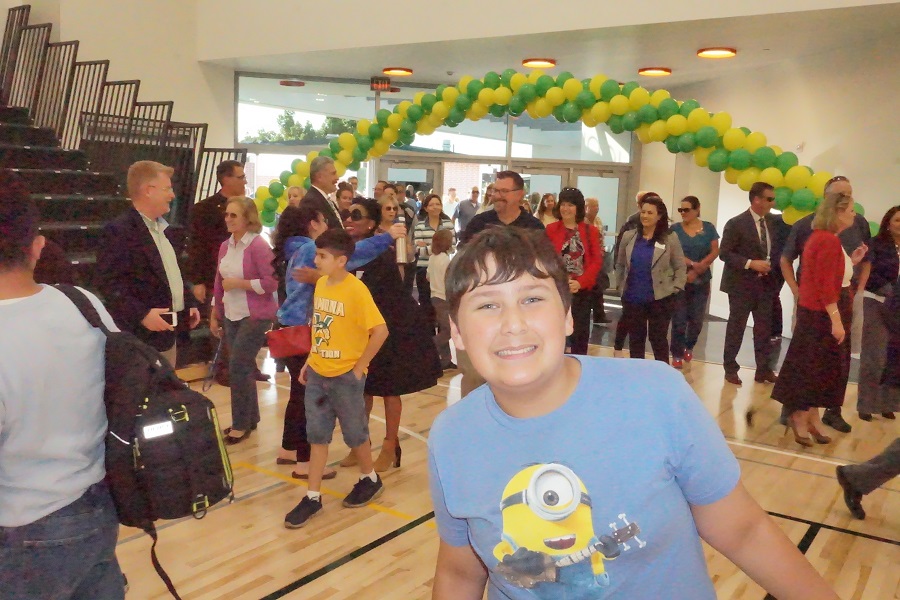 LA VERNE, California, November 2, 2017 — Not everybody was at the Dodger game on Wednesday. A few stayed home in La Verne to watch the official ribbon-cutting and unveiling of the new Ramona Middle School gymnasium, a 15,445-square-foot facility built for $6.5 million.

“I appreciate everything the voters have done for us,” said Glenn Creiman, Bonita Unified School District Board District President. 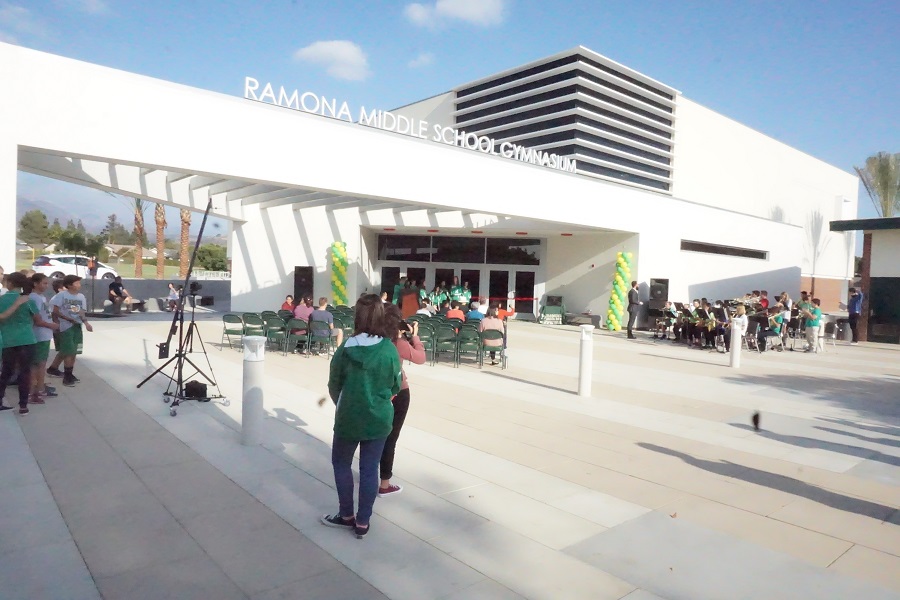 Distinguishing features of the new facility include a porcelain-clad entrance and a high open-framed truss ceiling spanning 120 feet with steel pipes. Louvered windows also allow natural light to fill the interior space, which will reduce the need for artificial light.

The design was created as a gateway or intersection connecting the academics and athletics aspects of the campus,” said Rachlin Project Manager Rudy Monico. 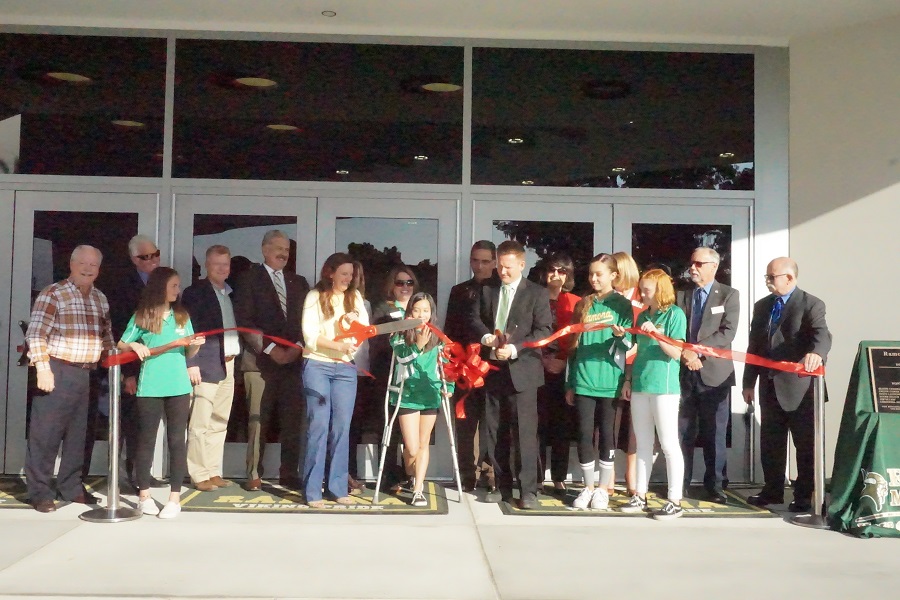 After several acknowledgements recognizing school board officials, city council members, state of California representatives, the district bond oversight committee, and other assorted dignitaries and leading citizens, Ellis invited guests to pour into the new gym and even take a few shots at one of the basketball hoops if they came wearing their tennis shoes.

“Man, I hope they open up the gym for lunch, especially during hot days,” said Kevin, a Ramona 7th grader.

Celebrate your next great event with a delicious dessert from NothingBundtCakes, now open in the Stater Brothers – In-N-Out shopping center. 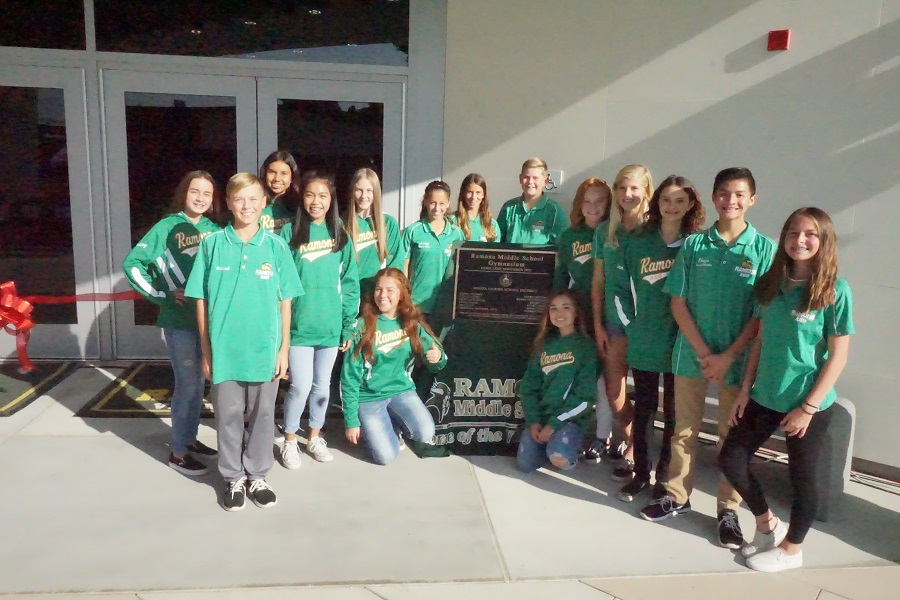 ASB students came out in full support of the new gym.

It was a perfect opening on a picture-perfect day. The Ramona jazz band played, and visitors seemed truly awed by the impressive structure.

About the only things missing were championship banners to hang from the rafters.

But in time, they’ll come. 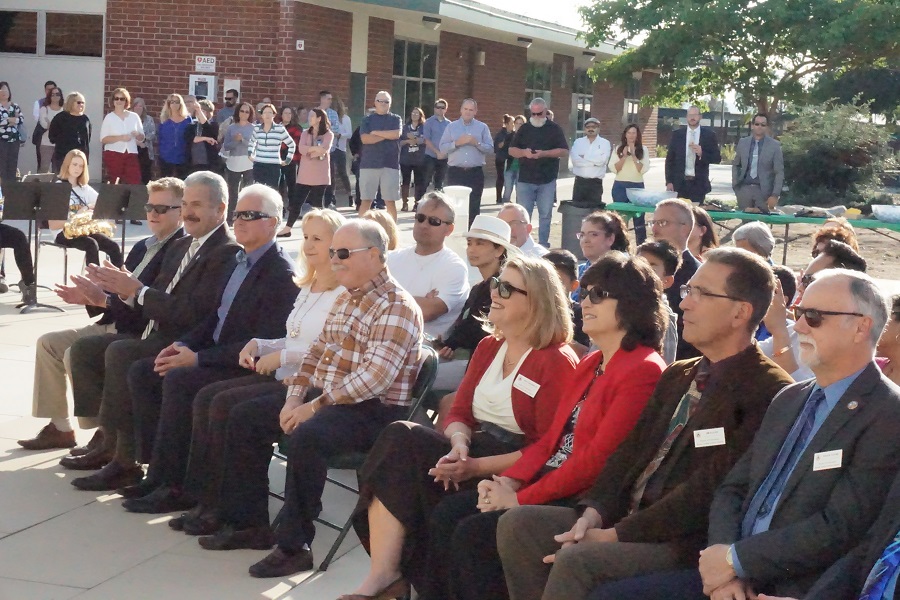 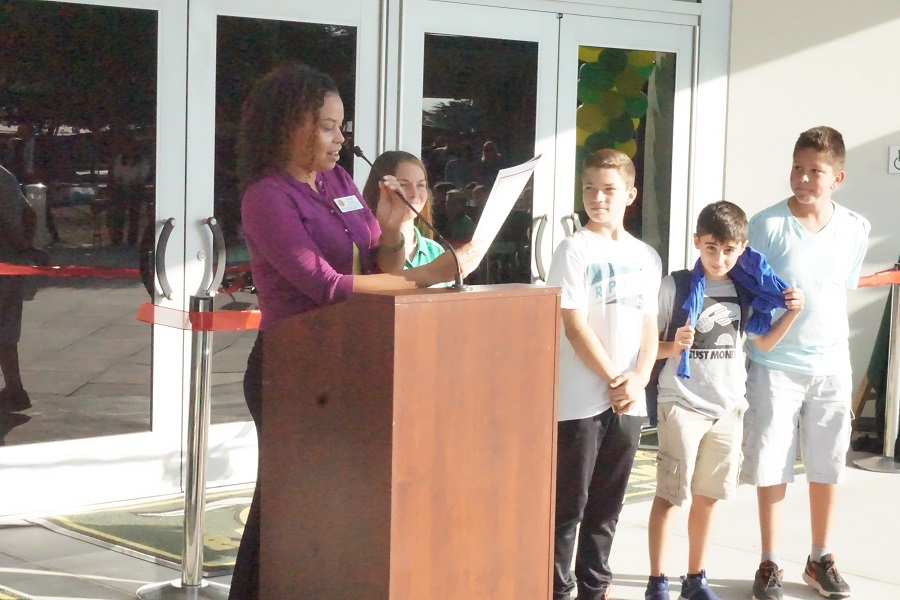 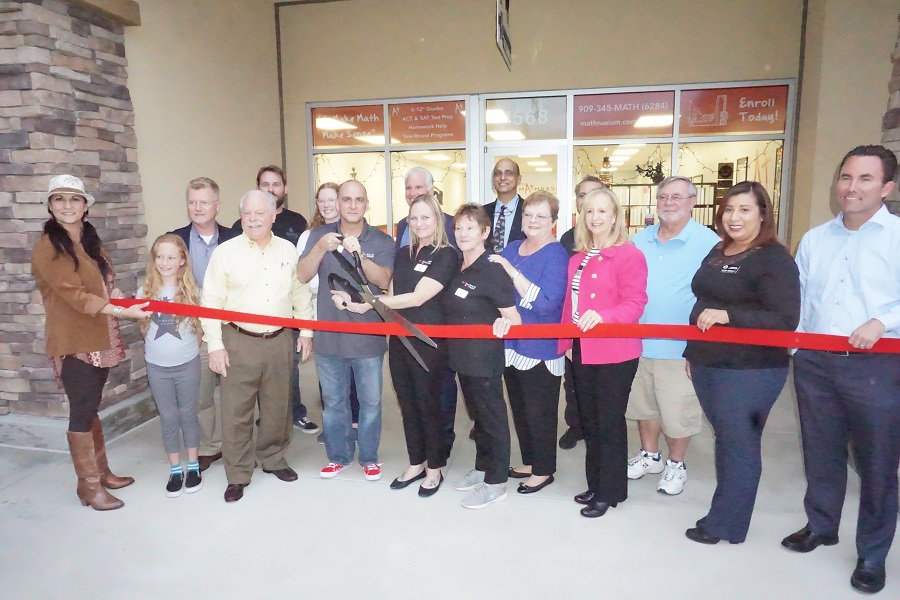 Hey, wait a minute. Mathnasium, a gymnasium for young minds, also celebrated its opening in La Verne this week. If your kid wants to be a cut above when it comes to math, you better talk to Mathnasium owner Tim Walton (with scissors) and his team of math experts in their beautiful new learning center in the Vons shopping center. 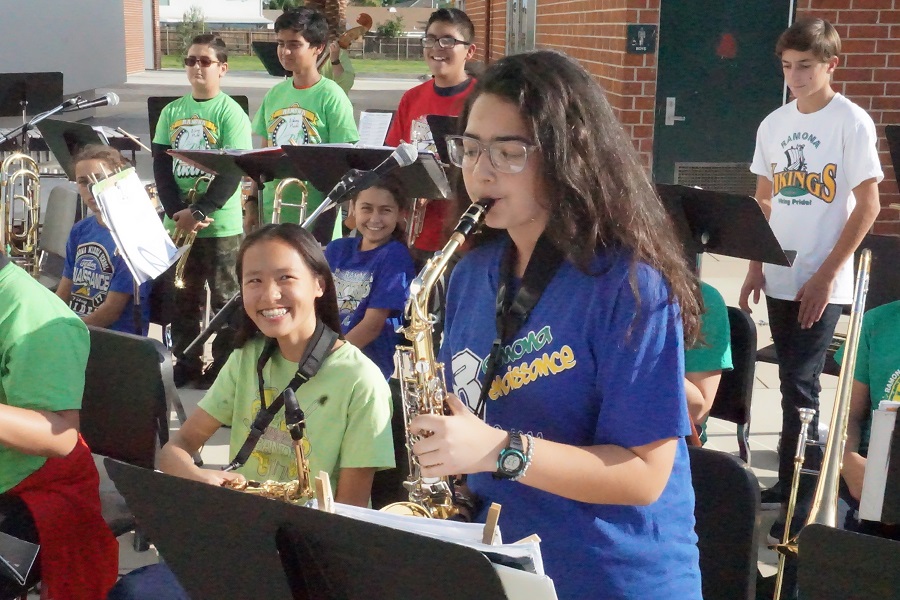 The Ramona jazz band warmed up the crowd.