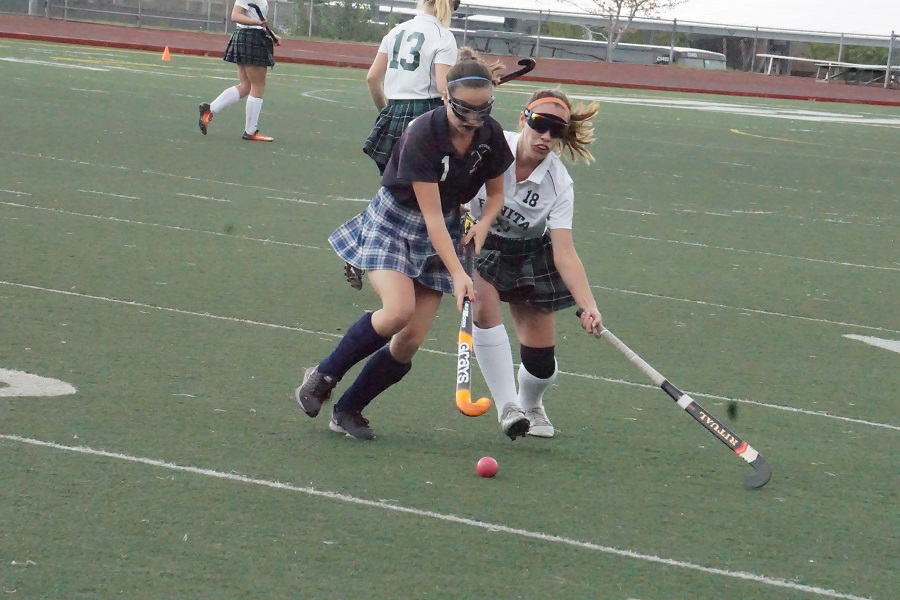 LA VERNE, California, Nov. 1, 2017 — Despite multiple scoring opportunities, including eight penalty corner kicks, Bonita was shut out by Newport 1-0 at Glenn Davis Stadium on Tuesday afternoon, dashing their hopes of advancing in the CIF playoffs.

For 50 minutes, the two evenly matched teams battled to a scoreless tie. When Bonita failed to convert on a penalty kick, the team seemed to suffer a momentary letdown, and Newport took full advantage by taking the ball down the southern sideline before passing it in front of the goal, where a waiting Lindsay Blanchfield twirled to her right and knocked it in.

It was the only goal Bonita’s Abby Jackson would surrender. The other nine she blocked. It was that kind of day for Bonita.

Despite the team’s constant offensive pressure, the Bearcats couldn’t cash in the one goal they needed to extend the game into overtime. Even with time expired, the Bearcats, despite being in front of Newport’s goal, with one last penalty kick opportunity, were frustrated from scoring.

Bonita played valiantly throughout the contest, playing to the point of exhaustion at times. Bonita was also hurt when it lost one of its best players, Shannon Wong, to injury.

Still the team dictated most of the offense, but it just couldn’t find a way to find that one elusive point.

“At some point, you got to be able to put it in,” Bonita coach Janet Wong said.

Right before the end of the first half, Bonita also had the fans on their feet, with its offense charging down the field and mounting a furious attack in front of the goal, but again the clock expired without Bonita scoring.

Despite their repeated frustration inside the circle against Newport, Bonita can look back on a solid season in which it finished second in league and earned the right to host a playoff game.

Some tears were shed after the game, Bonita’s seniors realizing they had played their final 60 minutes for the school and the juniors and sophomores realizing they would have to continue next year without them.

“This team has been so accountable, I love them all,” Wong said. 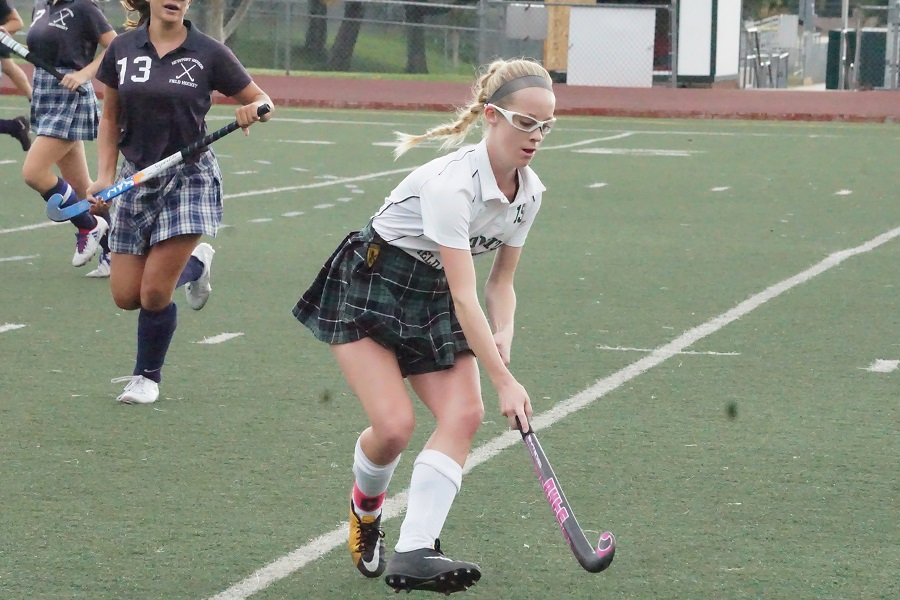 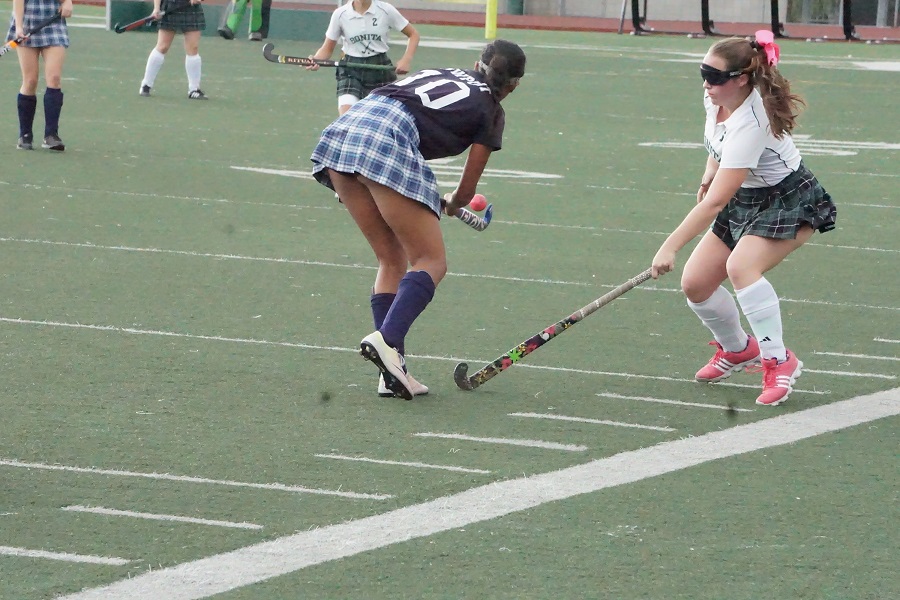 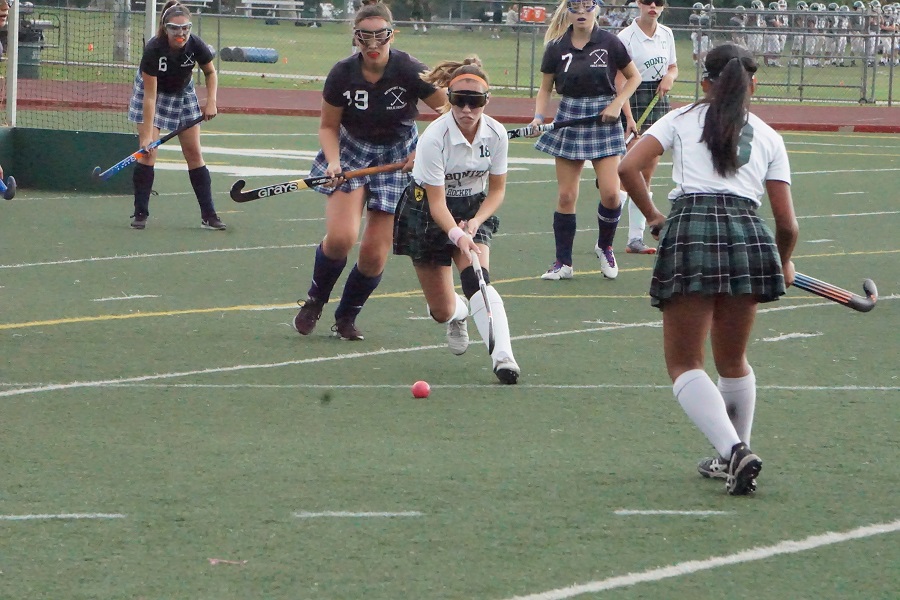 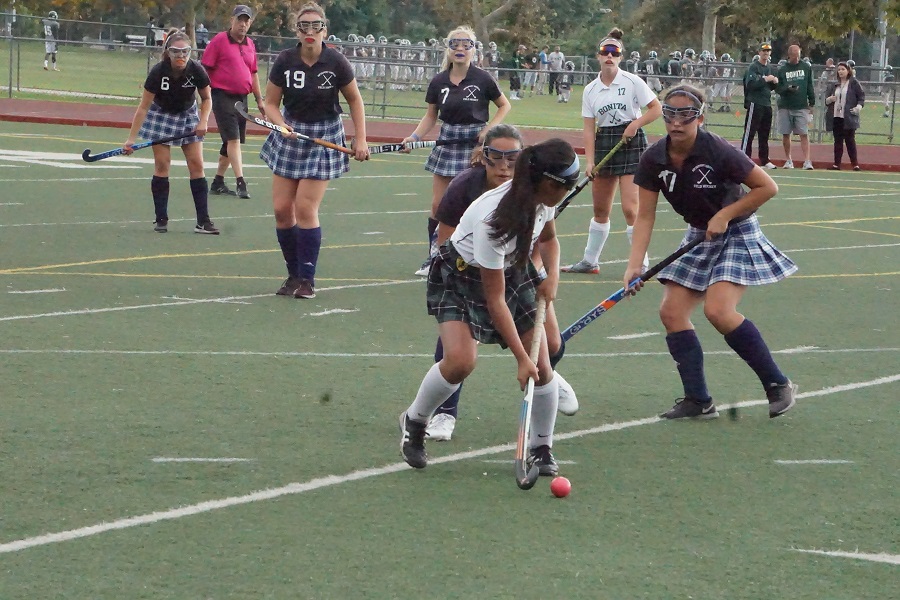 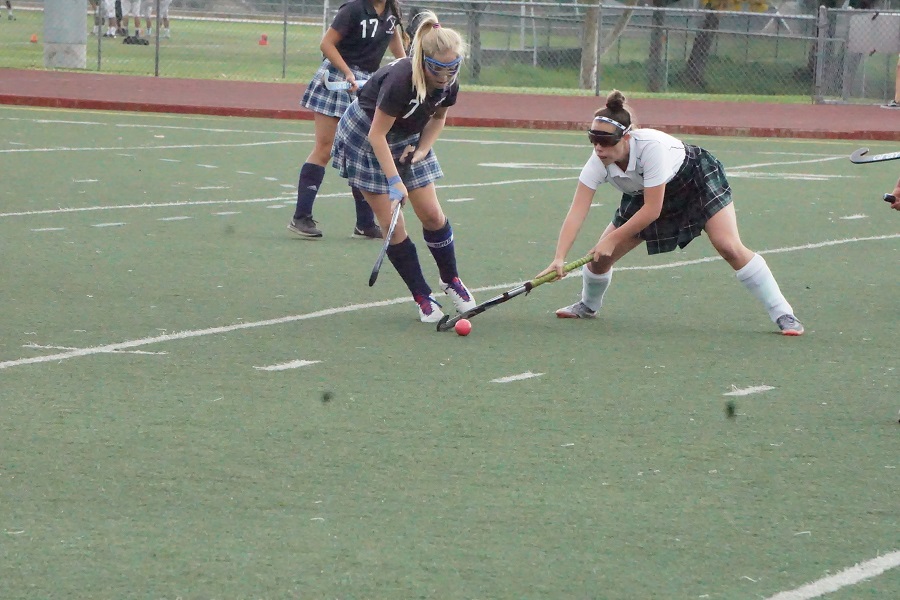 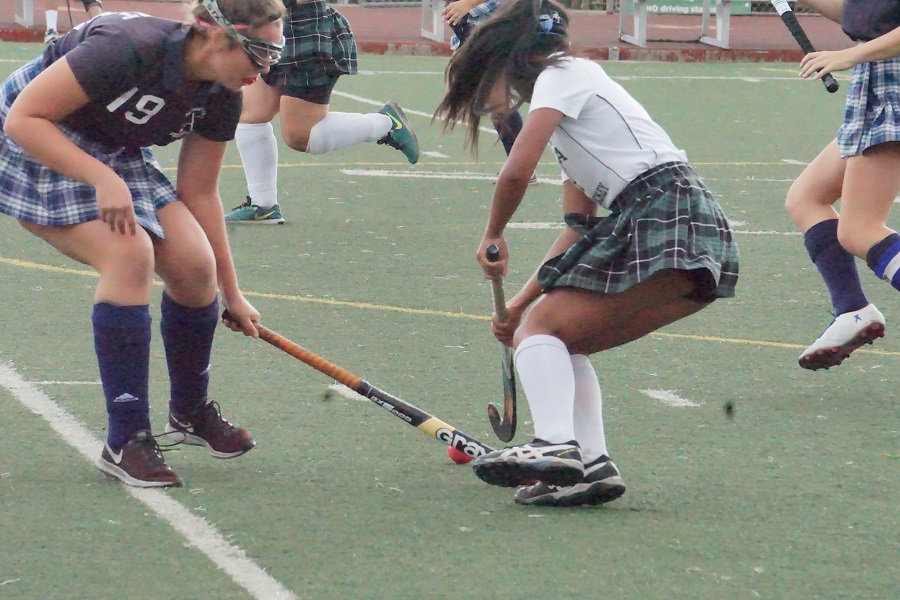 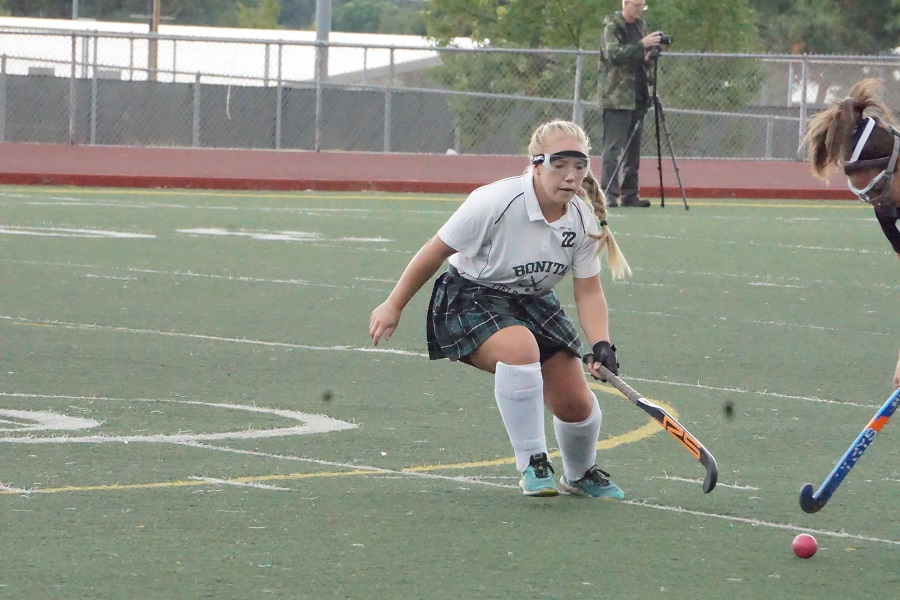 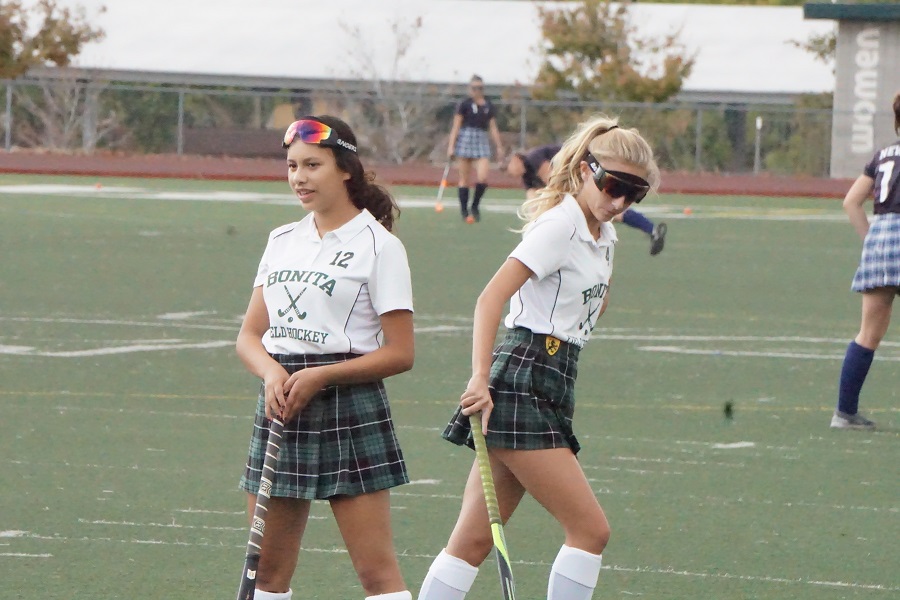 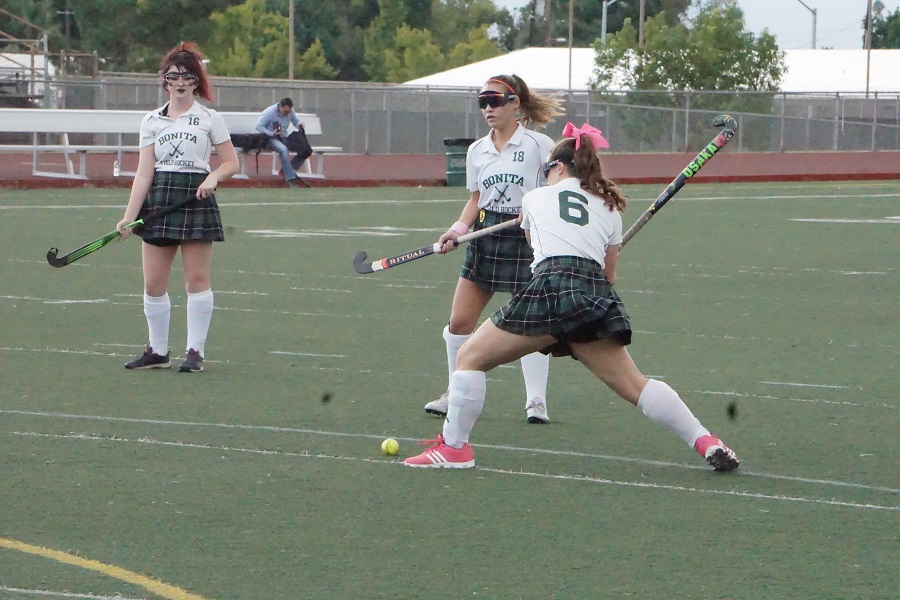 McKenzie takes a practice shot before the game. 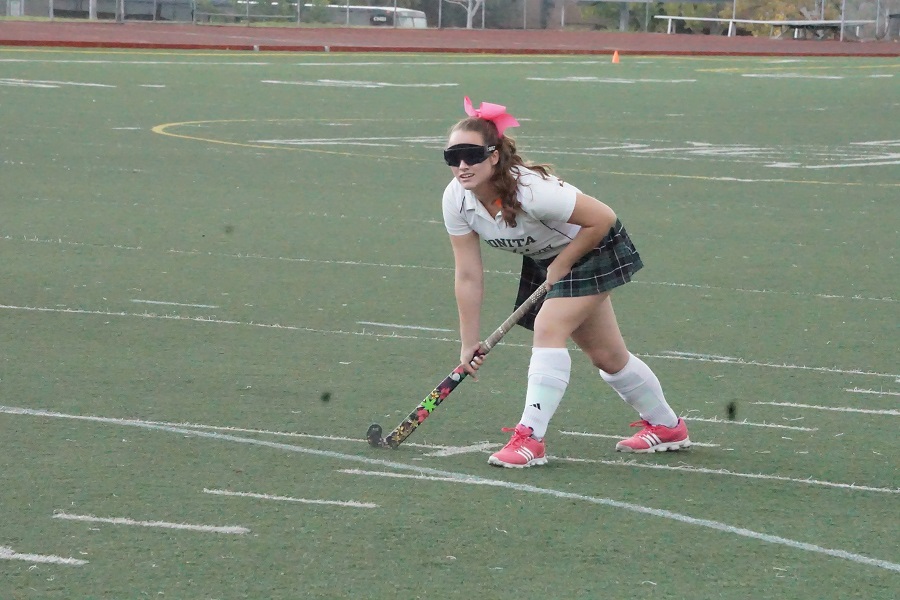 McKenzie is geared up for the start of play. 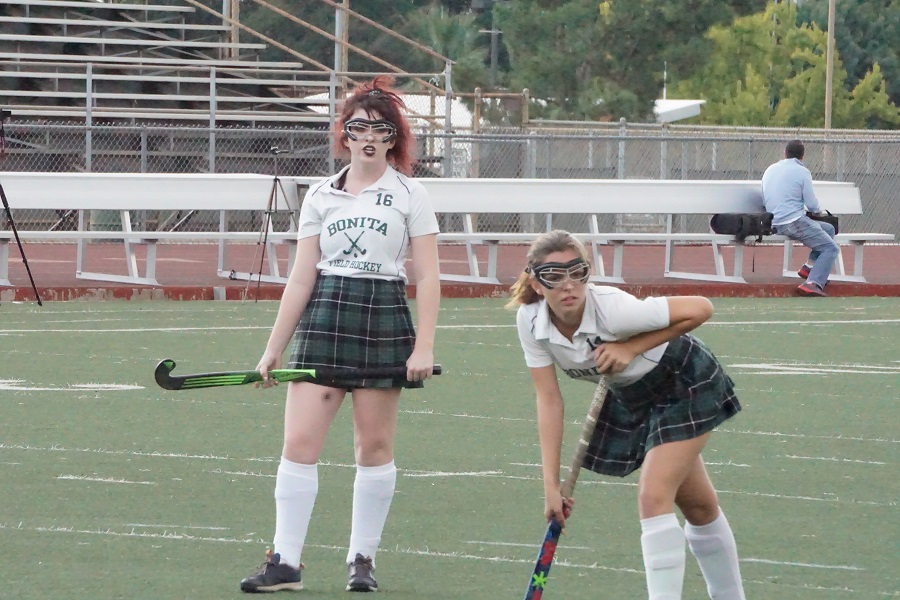 Players lean in on their pregame activities. 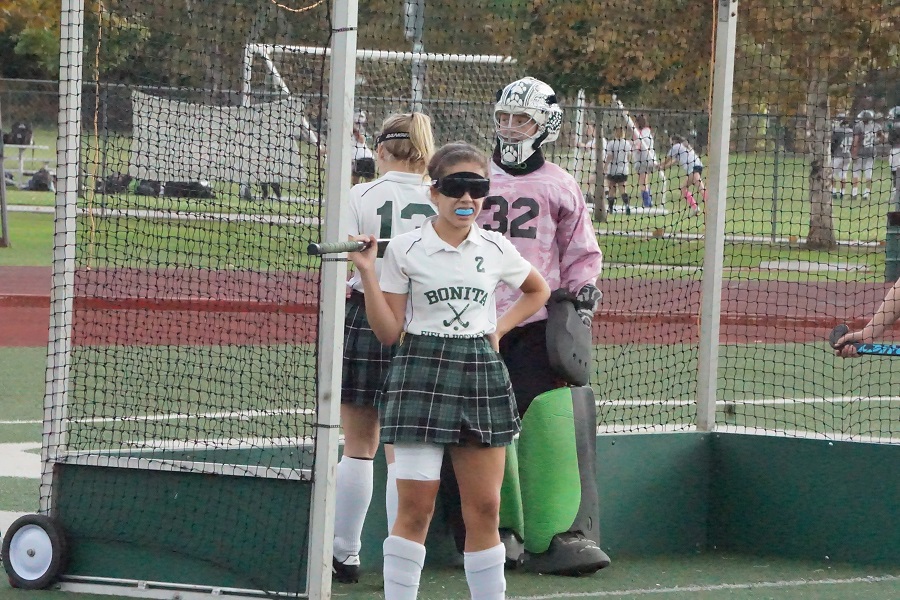 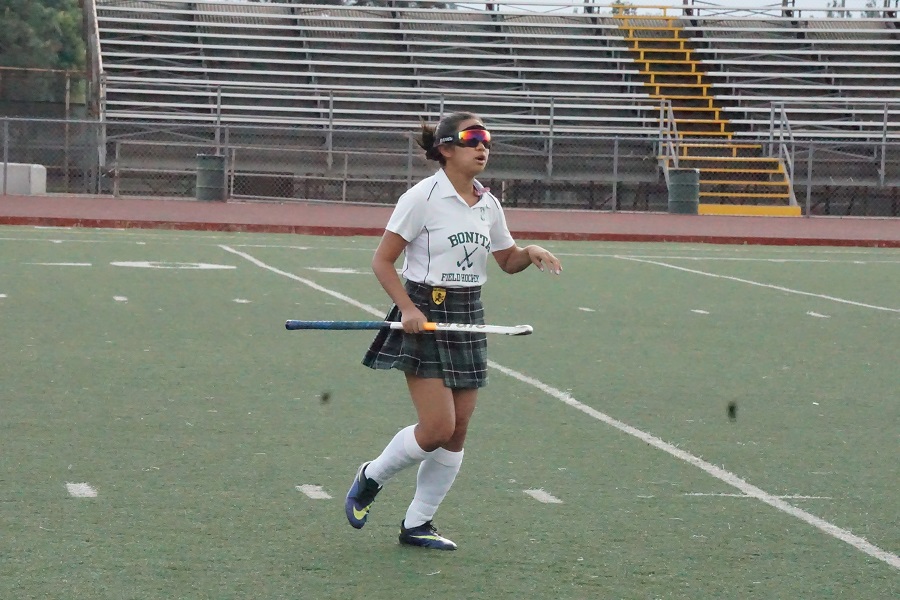 Amarra Olado has the field to herself. 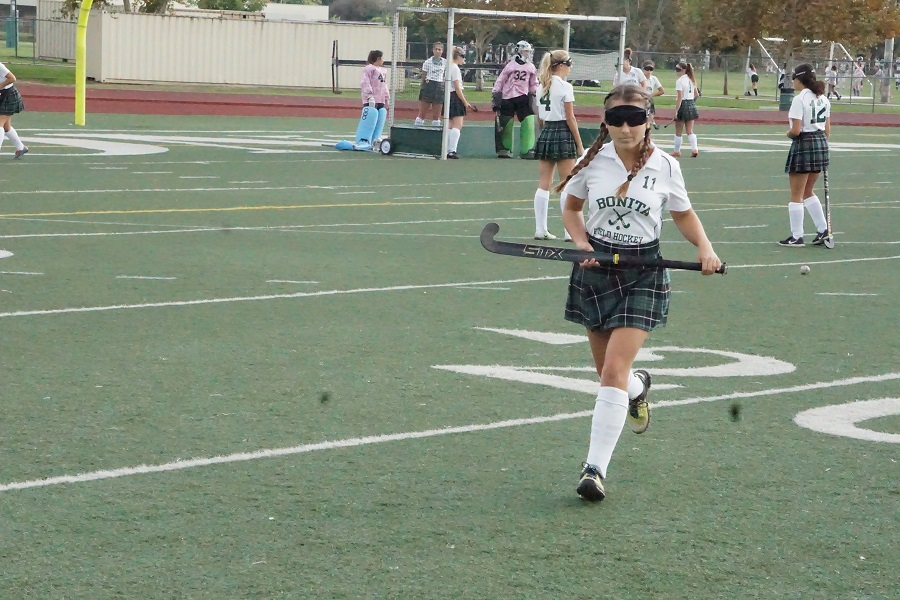 Heading to the sidelines after warmups. 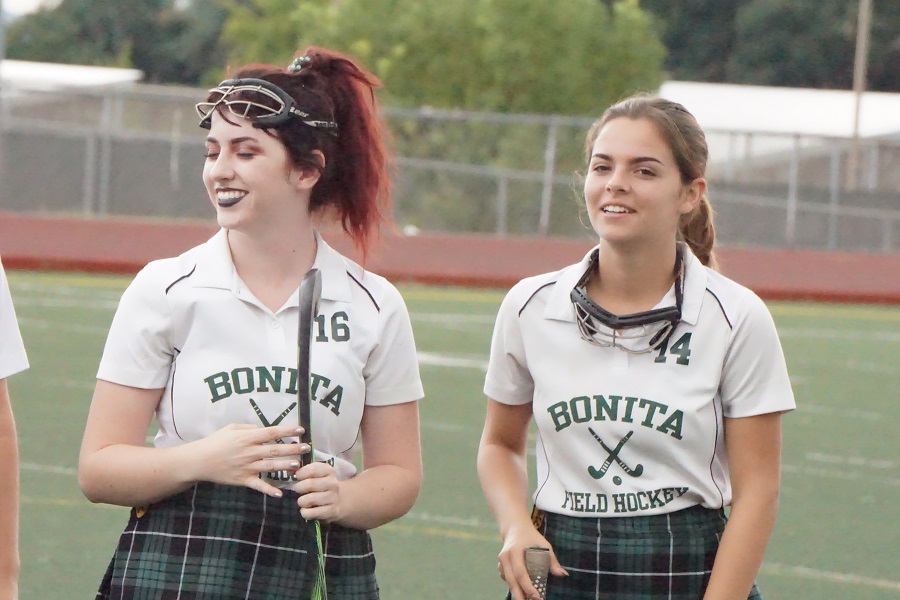 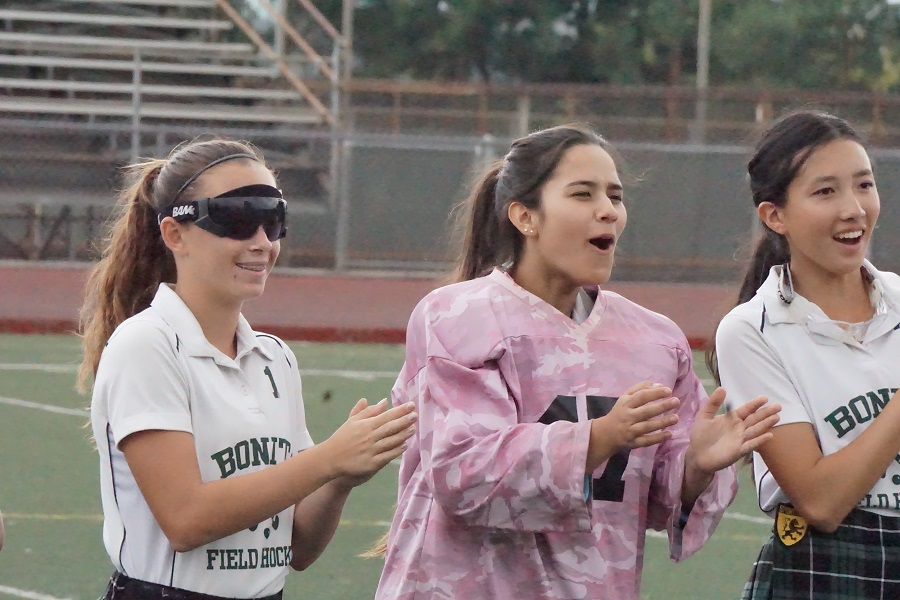 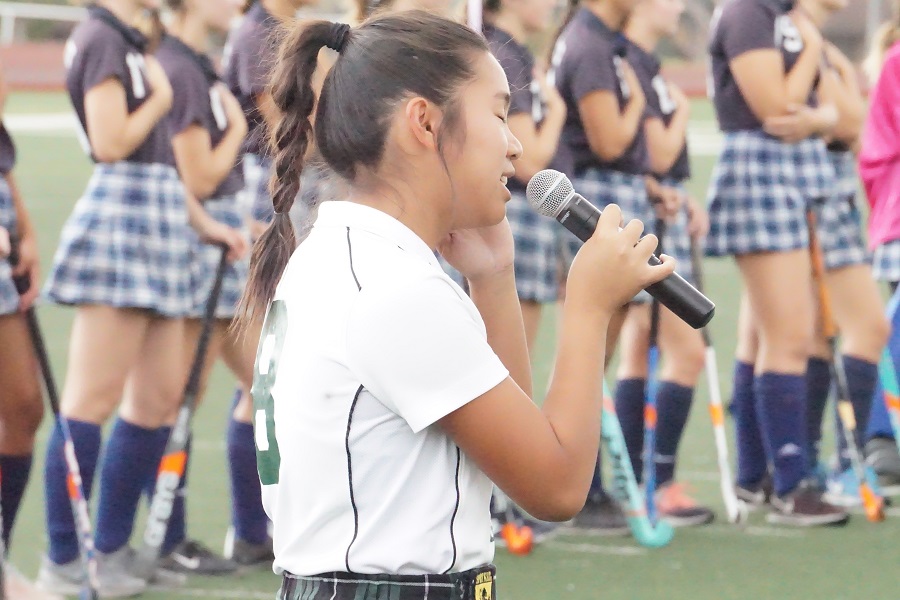 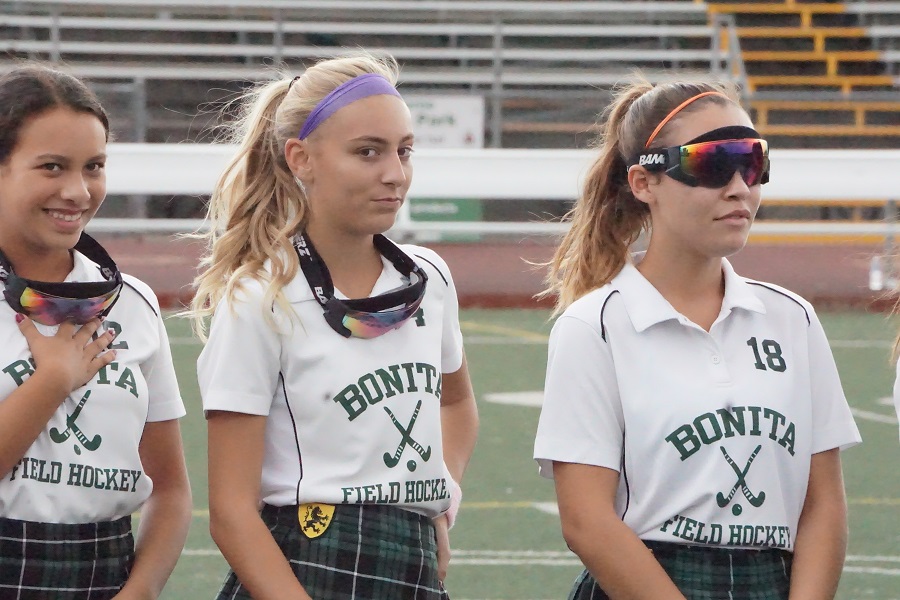 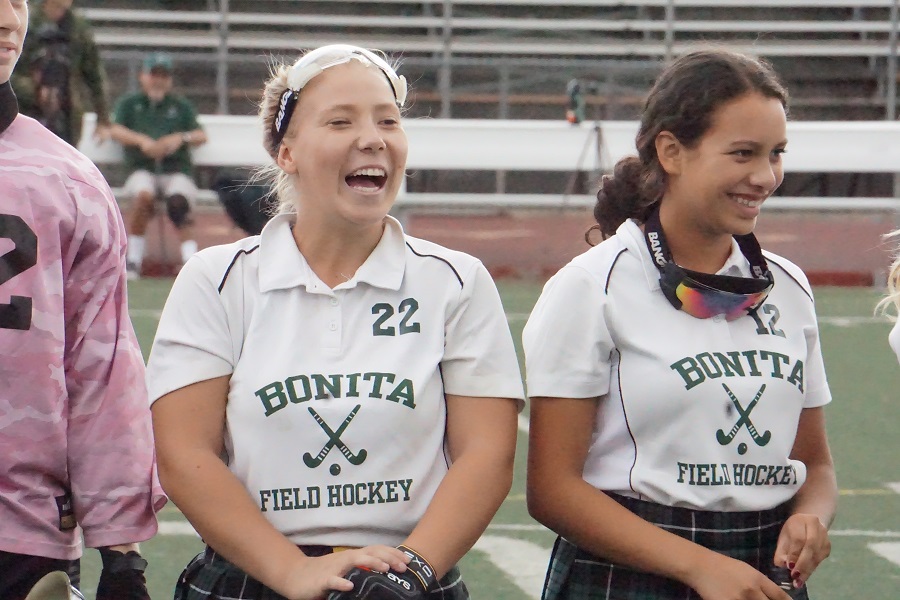 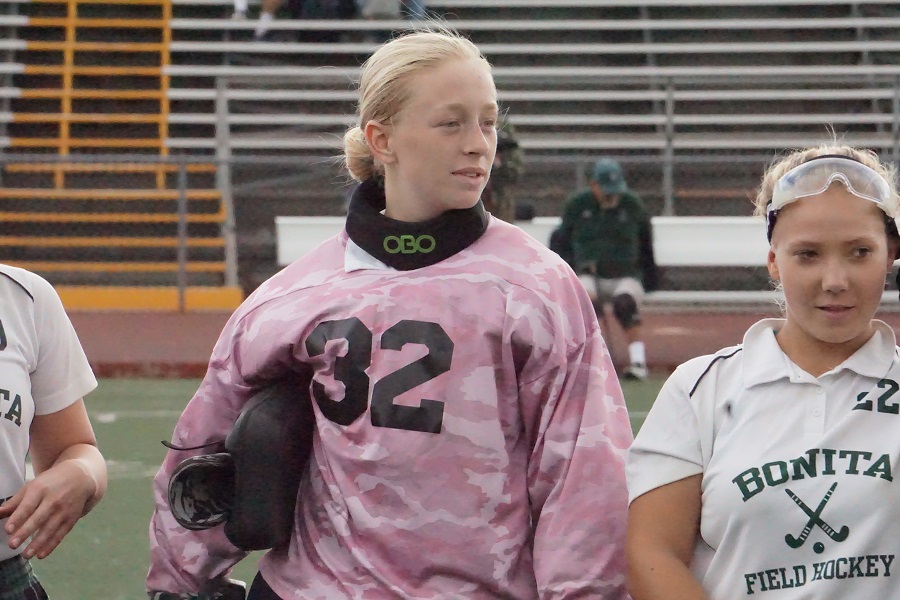 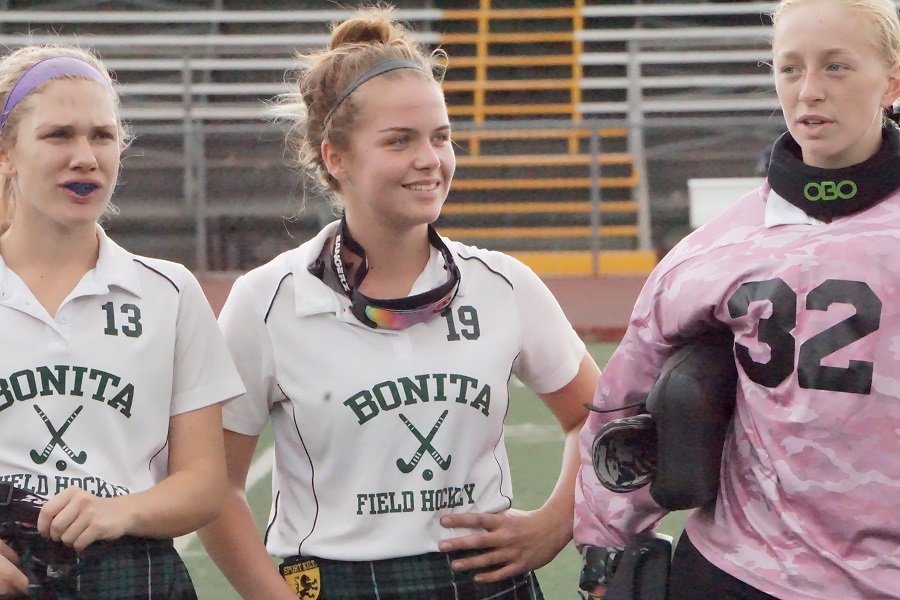 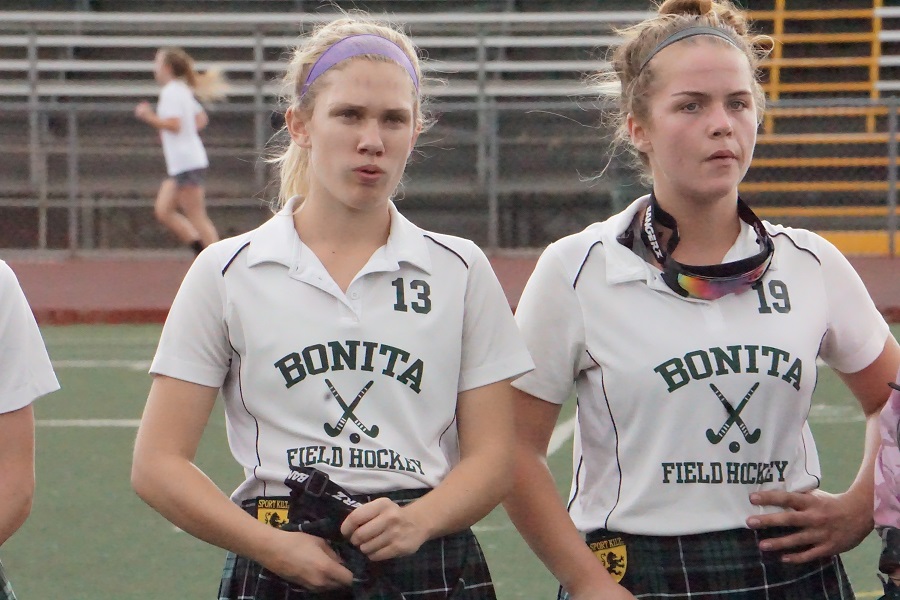 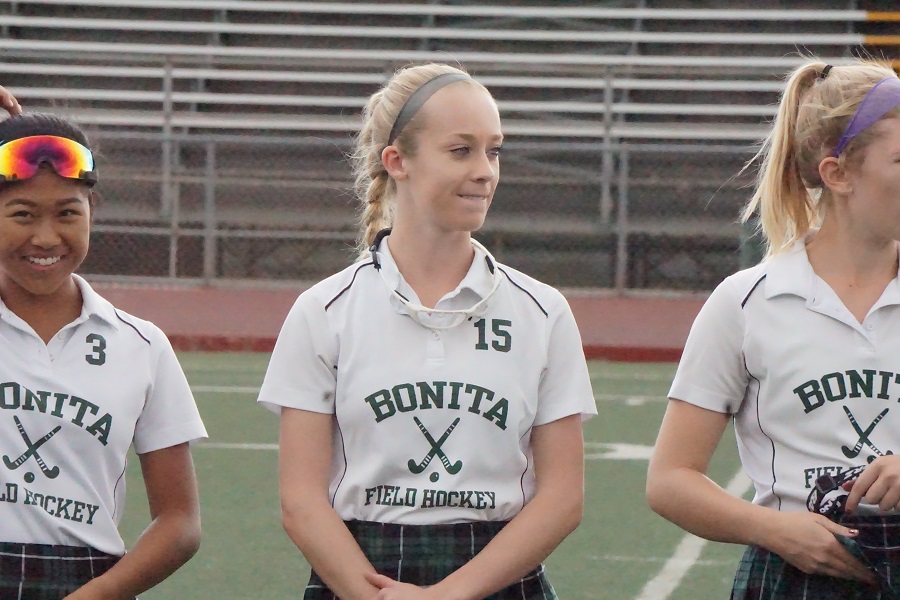 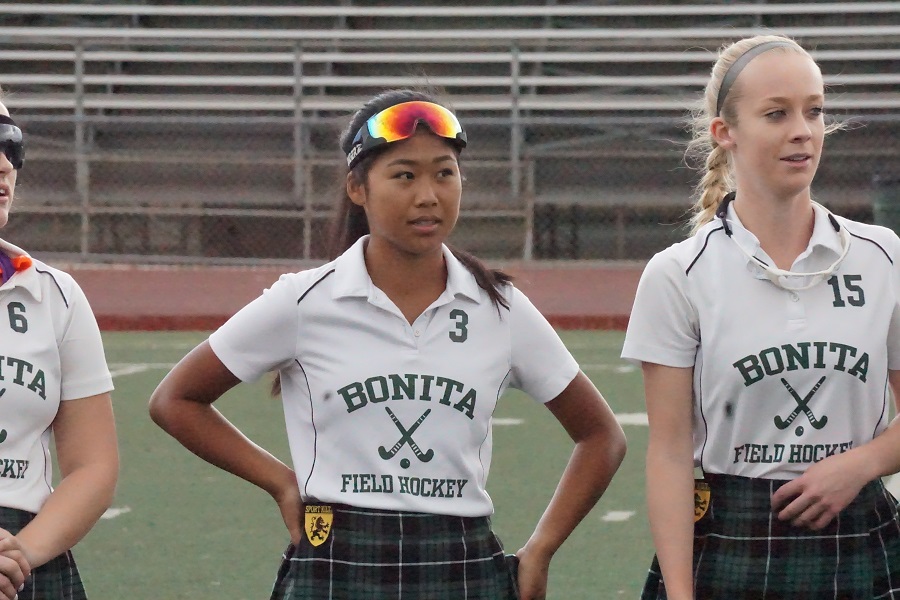 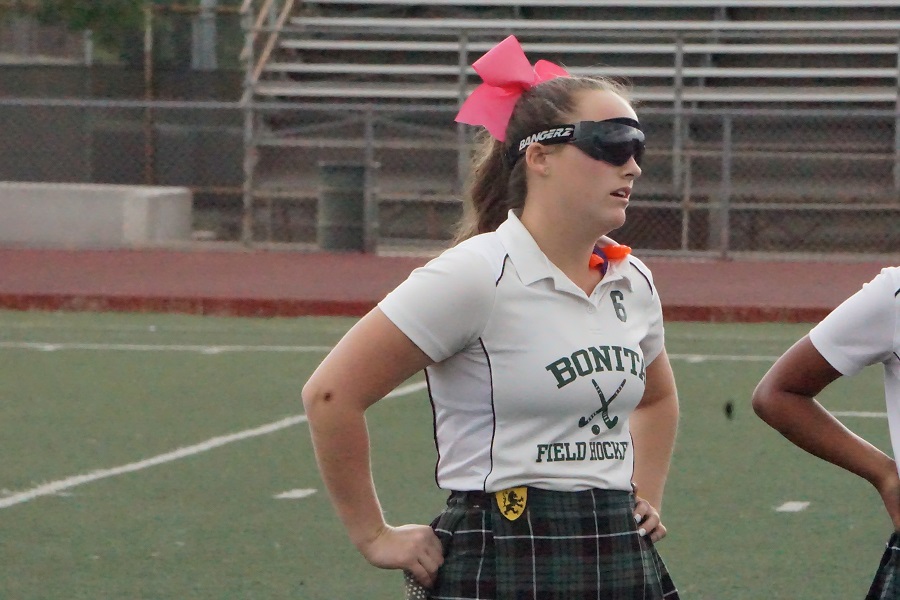