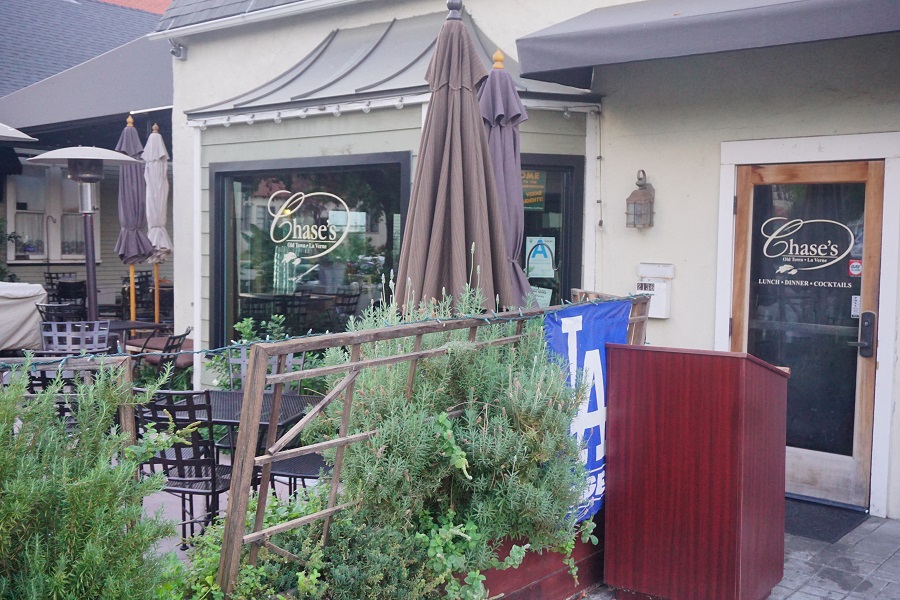 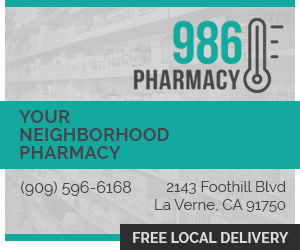 LA VERNE, October 18, 2017 — Despite some push-back from residents and business owners who spoke publicly, the La Verne City Council voted unanimously, 4-0 (Councilman Tim Hepburn was absent) on Monday night, Oct. 17, to provide a $79,600 line of credit to help Chase’s Restaurant move from its current Third Street location to the former building at the northwest corner of Bonita Ave. and D. Street.

The economic assistance agreement was precipitated, in part, by the City’s fear that Chase’s would close its doors after six successful years of operations, during which its revenues have quintupled, and seek an alternative location outside the city to accommodate its desire to expand and serve more customers. Currently, Chase’s does about $1 million in yearly sales, which provides La Verne about $10,000 in annual sales tax revenues.

Economic assistance from the city is expected to defray costs associated with building a kitchen and bar in the former building that once housed a Wells Fargo bank and more recently served as a University of La Verne book store.

Working with City Manager Bob Russi, Councilman Muir Davis took a lead role in helping  construct the agreement, which will see the city reimbursed on a sliding scale based on an anticipated increase in sales tax revenues generated by Chase’s expected future growth in the new location where seating capacity and seating could double.

lnterest on the city loan will accrue at 2 percent, compounded annually, with the first payment not due until March 31, 2029.

Davis argued passionately that his fellow members and the public support the deal.

“I’ve lived here long enough to recall when downtown was a blight,” Muir said. “I’m not interested in seeing any part of La Verne degrade or become a blight. I also want to find every opportunity to expand the revenue that La Verne needs” to offset other city costs.

“The last thing I want to see is a solid business and restaurant in downtown La Verne depart,” he added. “Then we have a hole that becomes a cancer and the downtown starts to swirl again, and I won’t have that on my watch.”

Chris Gendreau, who owns Chase’s with his partner Susan Wickman, disclosed that because of parking issues and other physical building restraints, “our growth has been limited now for about two years.”

“We’ve looked at other opportunities and we’ve looked at our neighboring cities, but we love La Verne,” said Gendreau, a Bonita High School graduate. “With help from family, friends and outside counsel, we can once again bring that corner alive.”

Asking that the City of La Verne delay its vote for further consideration was La Verne resident Rick Bowen.

Bowen said he was a fan of Chase’s like everyone else, but questioned “why a private business would get money from the city versus going to the bank,” adding that the city’s rate was “four or five points under what you would get at a bank.”

He also took exception with the repayment schedule, which includes an annual 50 percent credit from the city once sales tax revenues exceed $20,000.

“How does that benefit the city?” Bowen asked.

Bowen also believed that Chase’s collateral for the loan was inadequate.

“I understand he [Chris] is going to put up his liquor license, but if he were to go to a bank, the first thing they would demand is a personal guarantee,” Bowen said. “He’s getting a 2 percent loan, a discount on his sales tax to the city and …  personally wouldn’t be on the hook for anything,” except “he coughs up his liquor license.

Bowen concluded his criticism of the agreement by noting that if the same terms were offered other merchants considering expansion, “you might see a whole bunch” lining up.

“How do you justify that?” he said in closing. “I think you’re really opening up a Pandora’s box.”

Koko Vartanian, owner of Rodeo Jewelers on Foothill Blvd., also criticized the arrangement. “As a business owner, I’m concerned also,” he said. “Do I have the same opportunity to expand my business with the same terms?”

After public comment ended, Councilman Charlie Rosales defended the agreement on economic development grounds, believing that “we have to keep that momentum going.”

Councilwoman Robin Carder echoed Rosales’s sentiment that Chase’s had become a desired downtown destination attracting customers from as far away as Monrovia, adding that Chase’s was very active in the community, even buying many of the ingredients for its dishes from the weekly farmer’s market in town.

Mayor Don Kendrick defended Chase’s collateral for the loan. “These liquor licenses are very valuable,” he said. “If you had to go buy one, they are very, very expensive.”

He also supported the deal on the basis that Chase’s is a known entity that is producing solid tax revenues for the city. “If we lose $10,000 in revenues, are we going to get that back?” he asked.

Kendrick further noted that Chase’s “may never borrow a penny,” and that the loan being extended by the city is only a line of credit.

“This is a win-win in my opinion,” the mayor said. “We get to keep a restaurant that may have left, and it has the opportunity to expand,” with the potential for increased tax revenues flowing to the city.

And as far as other businesses and restaurants seeking the same support that Chase’s has now received, both Kendrick and Muir said, “Let’s talk.”

“We’re all in this together,” he said. “It’s not all bathtubs, bubble gum and champagne bubbles. It’s hard work. We are going to ask everybody to lean into each other and work together. If we are dividing each other, then we are going to fall apart as an entire community.

“And that won’t do anybody any good.”