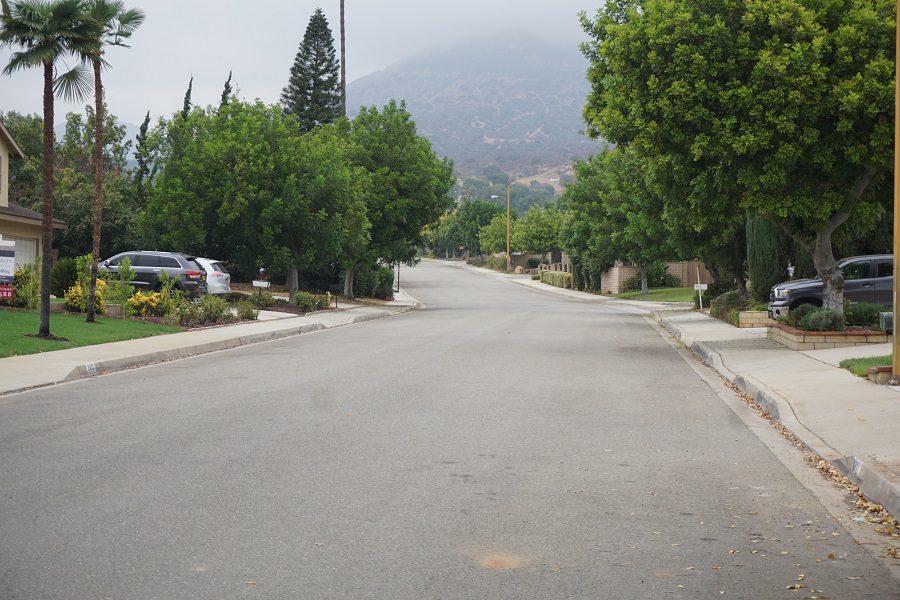 LA VERNE, California, October 3, 2017 — Something is about to blow on Canterwood Road in La Verne, and it will likely be a temper before anything else.

For months residents have complained, while trying to keep their cool, about a foul odor plaguing their beloved street offering canyon views to the west, but so far the smell defies containment, rational explanation or, most important, a solution.

But everyone can agree on one thing, it’s there. “I smelled it, it’s there, no question about,” said Mayor Pro-Tem Tim Hepburn.

One resident, a little less diplomatic, called it the “poop” smell that even her kids have started to complain about.

At the Monday La Verne City Council meeting on Monday, Oct. 2, councilmembers and residents received a status report on the noisome smell, and while residents listened and spoke, including 10 who made comments for the public record, you could feel their sense of ire and frustration ratcheting up by the minute. “I’m terrible upset that you folks have to endure this month after month,”Councilman Charlie Rosales said compassionately. Other councilmembers complimented Canterwood homeowners for their patience and grace, but the audience, on this night anyway, seemed to more interested in deeds than words.

What they heard was that the lift station — the supposed root of the smelly problem — had finally been re-installed at the Meritage housing development off San Dimas Canyon on September 20 and that the South Coast Air Quality Management District (AQMD) had been called in to provide further expertise in getting to the bottom of the problem. They also heard that the AQMD could issue its findings as early as this week.

Despite the update, residents moved to the edge of their seats, many filling out blue cards to voice their growing dissatisfaction.

One family said the smell around their home ranged between rotten cabbage and sauerkraut — they couldn’t quite decide.

Another woman said the smell had exacerbated her allergies.

A gentleman, a school teacher and trained statistician, said sending out experts to monitor the smell for a few minutes or even hours was inadequate. They need “to camp out for 24 hours,” he urged.

Some said that due to the fumes they had lost their precious summer of drinking wine on their patio while gazing out at the canyon.

Others said they had become prisoners in their own home, sealed in by locked windows and doors to keep the odors from overwhelming them from within.

An older couple said they had dreamed of selling their home next year, but feared that the smell would keep away would-be buyers, dooming their retirement.

A woman said she was five days away from closing escrow on the home she had agreed to purchase on Canterwood and now wondered whether she should try to back out of the contract, even at the risk of losing her deposit.

Then one person who stepped up to the podium and said he didn’t have “a dog in the hunt” uttered the dreaded “L” word, as in lawsuit.  “It it were my house, I already would have filed a lawsuit,” he said. “Not correcting this is a shame.”

But every member of the council, along with the city manager, has vowed that the problem will be corrected, but many of the remedies tend to be expensive.

Oddly, when the pump stopped pumping, many said the odor vanished, and then when the pumping resumed, the smell returned.

So what are the solutions? Rerouting the sewage pipes downhill? Telling Meritage to abandon the project. Hoping for a miracle? The first two solutions could involve millions of dollars.

One speaker challenged the council to do the right thing — that their decision was a case of elementary ethics, the kind you’re taught very early in school.

“I think we all know what the solution is, but we don’t want to make that decision,” said one homeowner.

For now, the council and staff have recommended another month of watchful waiting as the experts try to solve the poop smell.

As the residents grow increasingly restless.