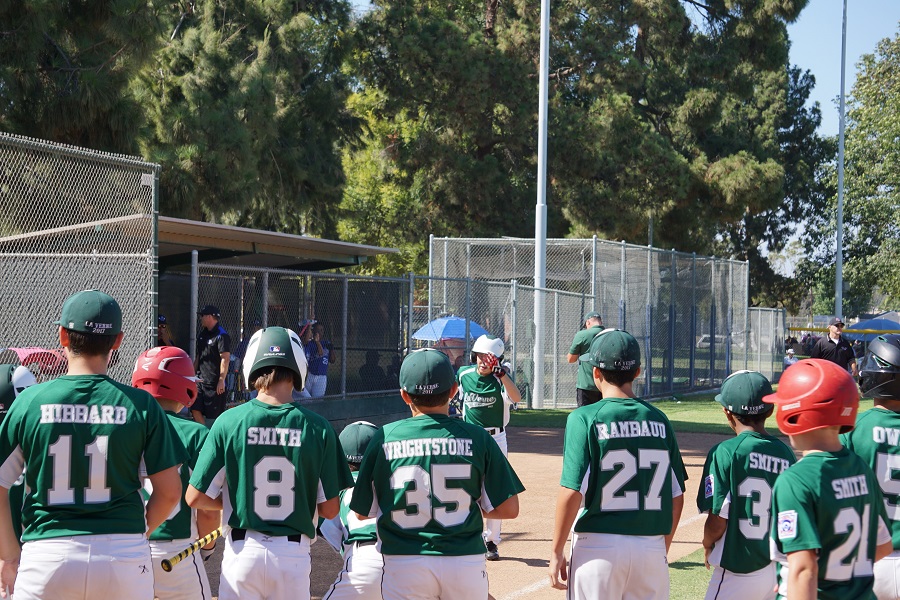 They won their district and dominated their section, and for the first two games of the divisional playoffs they were untouchable. From top to bottom and bottom to top, Justin Santiago, Morgan Smith, Matt Bustos, Tyler Holley, Clayton Roland, Travis Owen, Nolan Smith, Seth Wrightstone, Mikah Smith, Tristen Rambaud, Gabe Hibbard and Justin Kearns thrilled us with their hitting, pitching and defense.

Being young, the boys from La Verne were likely unfamiliar with something called the Law of Averages, the principle that supposes most future events are likely to balance out over time. In other words, despite your most heroic efforts to defy the odds and continue to soar, you will likely have to return to earth at some point. The Law says nothing lasts forever. If you’ve been on a winning streak, at some point, you have to lose. This immutable law is what built Las Vegas and Hartford Insurance!

The Law first revealed itself on Thursday night, when La Verne lost a heartbreaker to Santa Margarita, 9-7, in front of a packed house. With a few breaks, the result could easily have been reversed. Then on Saturday afternoon, the Law raged in full fury as Eastlake overcame an early 3-0 lead to knock La Verne out of the tournament.

The pivotal point of the game came in the top of the third, with La Verne trailing 4-3. La Verne was in attack mode, the baseball gods and the law of percentages be damned. Morgan Smith led off with a sharp single. Bustos responded with a single of his own. After Tyler Holley popped out to second, Roland who had hit a three-run homer in his previous at-bat to give La Verne its early 3-0 lead, walked. Suddenly, La Verne had loaded the bases.

Up stepped Travis Owen, whose good plate discipline had started many a post-season rally. This time, Owen lined a wicked shot toward first base. It was hit so hard that it didn’t yet have a chance to sink and hit the ground, where it could do some real damage. Had it hit the ground, it might have cleared the bases, skipping all the way to the right field fence. Instead it found nothing but leather, burying itself deep into the mitt of the first baseman, who looked as shocked as the stunned crowd as he calmly stepped on first base to complete the bang-bang double play, grounding La Verne’s assault before it could take off.

Morgan Smith was effective in keeping Eastlake hitters off balance.

From that point forward, La Verne would manage only two more singles. Meanwhile, in that same pivotal third inning, Eastlake smelled blood in the water and nibbled away at La Verne’s confidence, using a single, a bleeder (an infield hit), a blast (two-run homer) an error and a free pass to hang up four more runs and stretch its advantage to 8-3. In a way, Eastlake’s third inning was a repeat of its first, when it used two hit batters, a walk and a fielder’s choice to match La Verne’s three early runs.

A five-run lead was hardly insurmountable for an offense as potent as La Verne. Indeed, in the top of the fourth inning, Hibbard led off with a single, signalling perhaps La Verne still had another rally upcoming. But then Eastlake shut the door, silencing the next seven batters in a row until Nolan Smith singled in the top of the sixth with two outs.

Something was definitely missing from La Verne’s attack. The La Verne crowd was half the size of Thursday night’s. It was as if all the oxygen had been sucked out of the air. The game looked more like a ho-hummer in April than one nearing August with so much on the line. The empty seats could hardly have been a vote of confidence. Maybe everybody was more interested in following the surfing championships down the coast in Huntington Beach.

La Verne also had some lapses on defense. Some were unforced errors, like forgetting to cover a base — and Eastlake took full advantage. Eastlake also had old Mo (momentum) on its side, having come off a spirit-lifting mercy win over Long Beach a couple of night’s earlier while La Verne was still dealing with its haunting loss to Santa Margarita. A win on Thursday would have put the team in the catbird seat, and now they were struggling to find any kind of seat to remain in the tournament.

To ask boys 11 and 12 to put the crushing Santa Margarita loss behind them and simply play ball the way they had played all summer would have been a tall order indeed. Professionals can’t even do it.

While the La Verne Major Division 12-year-old all-stars achieved the improbable and almost accomplished the impossible (winning a berth in the Regionals), they certainly left their fans and followers, including this one, a summer full of memories.

Here’s hoping the outstanding players enjoy many more games together, on new fields, as they continue their growth and ascent into adolescence.

Who knows, in a few years, they may be leading Bonita and Damien, to championships that they’ve just had a taste of in this remarkable year of 2017.