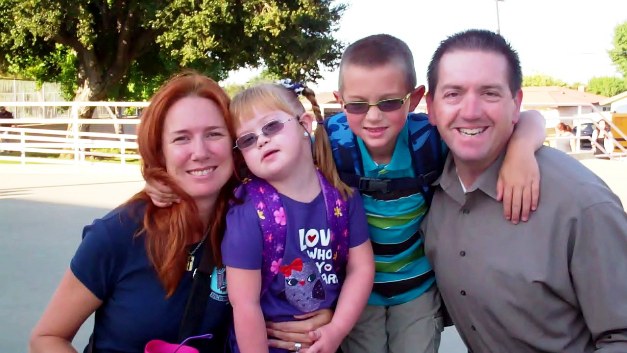 Marissa, Sadie, Hayden and Dave finished summer with a flourish and are now ready to tackle exciting new challenges on the first day of school.

Back-to-school-day on Monday, Aug. 20 in La Verne, featured a little of everything, including lots of tears, fears and cheers. But whatever the emotion, there was no denying there was big excitement in the air.

Parents Marissa and Dave were beaming proudly as they sent their son and daughter Hayden and Sadie off to class at Oak Mesa. 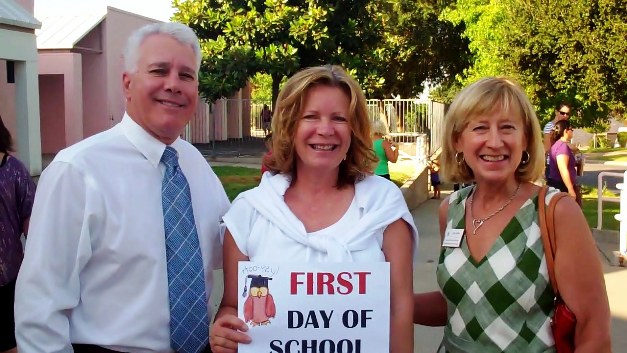 Miles Ganalon was marching off to his first grade class, happier than if he had won a year-round pass to Disneyland.

“He’s very excited,” his grandmother said. “He’s been carrying around his backpack around for a couple of days. He has in lunch in there, and he was telling me every item that was inside.” 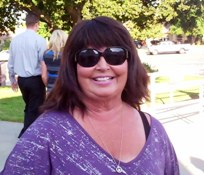 She could barely hold Miles back he was so excited to start school with his new backpack.

Jason and Briana Lorge were saying goodbye to their pair of young learners, Landon and Morgan.

“It’s the first time they’re both coming to school at the same place and time,” Jason said. “Morgan was excited, but Landon didn’t want to go. He wanted his summer to continue.”

Then the school bell rung.

Jason and Briana Lorge sent their pride and joy off to Oak Mesa, one eager, one wishing that summer could have lasted at least through Labor Day.

“I’m kind of sad and kind of happy,” Briana said, conveying mixed emotions about letting her little ones go.

The feeling was mutual for Andy Hagopian, as he said goodbye to daughter Megan, La Verne’s young lemonade mogul.

“It’s bittersweet,” Andy said. “It was too short a summer. She wasn’t ready to go back; at the same time, she wanted to go back and see her friends and see her new class and new teacher, Mrs.[Chris] Johnson. As for me, I’m just going to go with the flow.” 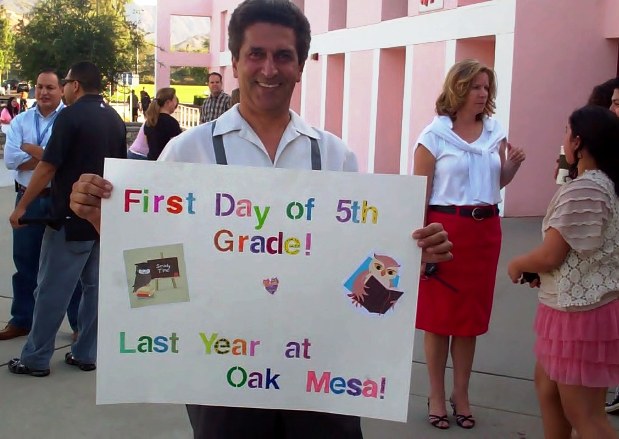 Andy Hagopian declared he's going to go with the flow.

Even at Ramona Middle School, home to more than 1,300 sixth, seventh and eighth-grad students, some parents still anguished over watching their children pass through the school gates.

“I’m kind of sad and kind of happy at the same time,” said the mom of Ryan and Katelyn Peterson. “It’s another big milestone for them and me because they’re not so little anymore.”

Fortunately, the first day of school was a compact day, so the separation anxiety wasn’t expected to last long. “We have to take the guinea pig to the vet later on,” she said. “Tomorrow will be the true test.”

Tanya Benson’s children, including new Ramona sixth grader Nathan, were up at 6 a.m. 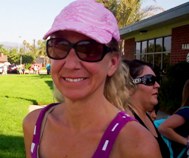 “He was excited to come,” said Tanya, who also has twins at Gladstone Elementary.

Eighth grader Alondra Salazar shared that excitement, according to her mom. “She was excited to go,” said mom. “She excited to see her friends and excited that this is her last year.”

Karen Cockrell has two sets of twins, seniors James and Bianca at Bonita and Sophia and Giavanna at Ramona. Despite preparing four children for school, Karen seemed as cool and unruffled as Queen Elizabeth parachuting out of a helicopter.

“Back to school day,” she said as her girls got their sign for an LVO picture. “There’s nothing quite like it.” 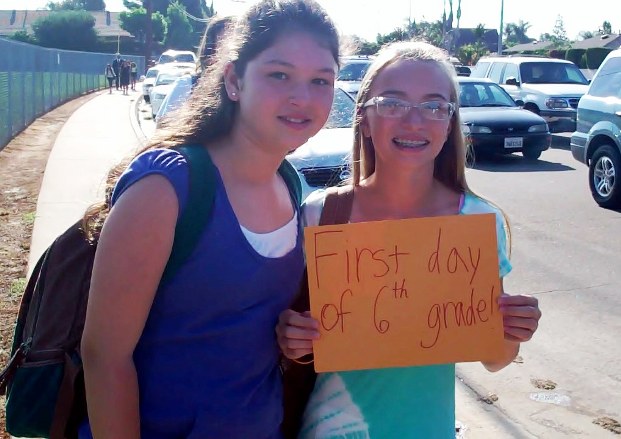 Twin sisters, from left, Giavana and Sophia Cockrell, were eager to start their first day at Ramona.Ramona Principal Anne Neal showed she wasn't afraid to help out wherever needed to get the new school year off to a great start.

Parents, teachers, coaches and countrymen (and women): Consider a great new book coming out next month, called Life Lessons of a Harvard Reject by La Verne Online Publisher Peter Bennett. Seven years in the making, it is full of motivation, inspiration and insight that you will be able to call on when you need that special word or words of wisdom to help your child press on and turn every turning point into another learning point. If you enjoy books like The 7 Habits of Highly Effective People and The Power of Positive Thinking, you will absolutely love Life Lessons. Go to www.HarvardReject.com [1], take the quiz, see how many questions you and your child can answer, read a sample chapter. Be the first on your block to own Life Lessons of a Harvard Reject!