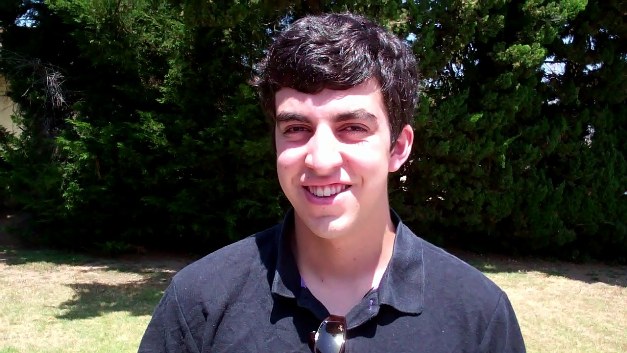 In a couple of years, La Verne’s Trevor Chenoweth could be with a Wall Street investment banking firm or clerking at the Supreme Court, so you better meet with him now while he’s in town and his rates are still affordable.

This summer, Chenoweth, a senior student majoring in economics and government at Dartmouth University in Hanover, N.H., has returned to La Verne to teach other Ivy League hopefuls how to succeed on the SAT exam.

You won’t find anyone who knows the ins and outs of the test better than Chenoweth. At Damien, he attained a composite SAT score of 2230, ranking him in the 99th percentile. He attributes much of his testing success to the same SAT Revolution Prep course he’ll be teaching this summer. His top score immediately placed him on the Ivy League colleges’ preferred list of students they wanted to recruit.

This Thursday, June 23, students and parents can attend a free one-hour workshop about the SAT prep course. Chenoweth will conduct the free session from 6 p.m. to 7 p.m. on the Damien High School campus in room 106.

“The SAT is not an I.Q. test,” said Chenoweth, who captained the debate teams his junior and senior years at Damien. “It’s not a test of how far you’ve gone in school – on whether you’ve taken algebra II or not. It’s really a test of how good you are at taking the SAT. They play a lot of tricks and traps to try to confuse you, so if you can understand and recognize them, you’re going to do much better.”

On Saturday, students can actually take a practice SAT test. This is a “real” practice. The test runs 3 hours and 45 minutes. This trial exam is also free.

“If you’ve never taken it before, if you don’t have the endurance to focus for that long, it’s going to be tough,” Chenoweth warned. “So the more often you take it, statistically, your score will go up.”

From Chenoweth’s perspective, students intent on getting into a good school should do as much SAT prep work as they can. “The reality is, most people don’t prep at all,” he said. “They go online the night before the test and look at a few sample questions from the College Board. They pretty much take it cold or take it blind, and that’s their score.”

As an economics major, Chenoweth is always trying to make the numbers work for him, not against him. One number he noted is that many colleges base 25% to 35% of their admission decisions on the SAT. “That can cause a lot of anxiety, but it’s also an opportunity,” Chenoweth said.

In the past nine years, Revolution Prep’s Ivy Insiders programs have helped nearly 10,000 students raise their SAT scores by an average of almost 300 points—results that outpace most traditional test prep companies by a factor of two. According to Chenoweth, such unprecedented success can be traced to the program’s unique features: a focus on mentorship from an easily relatable young person, a personalized learning approach for every student, and an intensive three-week delivery over the summer that allows students to escape the stresses of the school year.

Classes meet twice a week. Each session lasts three hours. There are also five practice exams, which take place on Saturday morning. “By waking up and taking a test on Saturday morning, you’re going to do better on the real thing,” Chenoweth added.

“If you’re looking at it from a purely economic point of view, which I like to do because I’m an economics major,” Chenoweth explained, “it’s literally like a financial investment because if you get into a better college, you’re looking at probably better income after you graduate – perhaps, a $100,000 income six years from now versus a $40,000 income.”

Chenoweth is not only working to help kids beat the SAT, he has a philanthropic ideal in mind, as well. “No one should be turned away from this opportunity based on cost,” he said. “I will be offering scholarships to any students or families that need a bit of extra help. That’s something that the cookie-cutter test prep giants are simply unable to offer.

“I’m never going to turn away anyone because they can’t pay for it,” Chenoweth added. “My main goal is to serve as many people as I can.”

And who knows, some of the same students who complete his comprehensive SAT course, could be following him to Dartmouth or one of the other seven (Harvard, Princeton, Yale, UPenn, Columbia, Brown and Cornell) ivy league colleges next year.

For more information, you can reach Chenoweth at either 909-753-6078 (mobile) or 909-593-6393 (home) or by email at trevor_chenoweth@ivyinsiders.com. Visit the Revolution Prep website at www.revolutionprep.com/ivy/trevor_c.