UPDATE: Basketball icon Jerry West said today that he plans to participate in the second annual Sowing Seeds for Life celebrity golf tournament Oct. 28 at Sierra LaVerne Country Club. West said in a telephone message that he is currently in New York but will be back home in Bel-Air Oct. 17 and will check his schedule then. He said if his schedule allows it, he will play in the tournament. 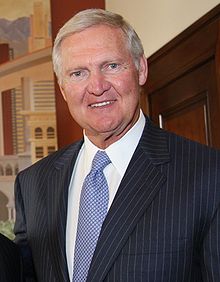 For the full list of celebrities expected to play, please read the complete story below:

Come join in on the fun – and help feed the needy.

What promises to be a unique, star-studded, fun-filled, and memorable charity golf tournament will be held Thursday, Oct. 28 at Sierra La Verne Country Club.

The bargain entry fee of $150 per player ($500 for a foursome) will benefit Sowing Seeds for Life, a 501(c) (3) non-profit that provides food for people in difficult situations due to illness, accident or misfortune. Sowing Seeds for Life (SSFL) began distributing food in December 2007 to some 100 people a month in the La Verne area and now serves more than 5,000 a month.

This is the second year of the golf tournament benefiting SSFL, and it has been taken to a higher level by an energetic tournament committee headed by co-chairmen Tim Grant and Al Snow.

Those who have agreed to participate, pending any schedule changes, are: 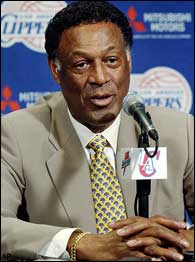 –Basketball legend Elgin Baylor, another Hall of Fame former Laker who is considered one of the greatest players in the history of the NBA and was the Clippers’ longtime general manager.

–Basketball legend Bill Sharman, who is one of only three men in the Basketball Hall of Fame as both a player and a coach. John Wooden and Lenny Wilkens are the other two. Sharman, who teamed with Bob Cousy in the Boston Celtics backcourt, coached the Lakers to an NBA title in 1972 and later became the team’s general manager and president. Sharman is currently a special consultant for the Lakers and has 16 championship rings as a player, coach and team executive. No one else has close to that many in any sport.

–Jim Harrick, the coach of the UCLA basketball team that won a national championship in 1995.

–Matt Stevens, the quarterback of the UCLA football team that defeated Iowa in the 1986 Rose Bowl game and currently the Bruins’ radio commentator.

–Chris Roberts, who is in his 19th season as the radio voice of UCLA football and basketball and a resident of Glendora.

–Al Downing, an outstanding pitcher for the New York Yankees and Los Angeles Dodgers, although he might be best known for giving up Hank Aaron’s record-breaking 715th home run on April 8, 1974. Downing also was a mainstay on Dodger radio broadcasts for years.

–Tommy Davis, another Dodgers legend who won back-to-back National League battling titles in 1962 and ’63. Davis batted .400 in the 1963 World Series, when the Dodgers swept the Yankees.

— Bill Russell, who was the Dodgers’ everyday shortstop for 12 seasons and replaced Tommy Lasorda as the team’s manager in 1996. To this day, Russell remains one of the most popular of all L.A. Dodgers.

–Michael Young, who currently is the Dodgers’ chief revenue office but is better known for his exploits in football. He was a star in both football and baseball at UCLA, but chose to play football professionally and for 10 seasons (1985-94) was one of the most sure-handed wide receivers in the NFL. He played for the Los Angeles Rams, the Denver Broncos, the Philadelphia Eagles and, briefly, for the Kansas City Chiefs. 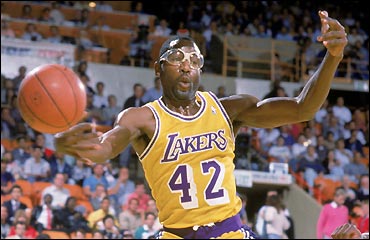 Also invited was jockey Alex Solis of Glendora, who said he couldn’t make it because he is scheduled to be riding in New York. But he promised he would play if things change. Others who were invited but could not commit at this time are new USC Athletic Director Pat Haden and his longtime friend, USC Associate Athletic Director J.K. McKay, as well as former UCLA football coach Terry Donahue. Look for future announcements.

Following the tournament, L.A. Times sports columnist Bill Dwyre of San Dimas, formerly the newspaper’s sports editor, will moderate a Q&A session with three or four of the celebrities. Questions from the audience will also be welcomed. This sports roundtable figures to be a highlight of the day.

The post-tournament festivities — planned to be both fast-paced and fascinating — will also feature complimentary cocktails, dinner, a live auction and notification of raffle-prize winners, with a live jazz band providing entertainment and background music.

Among the auction items are four prime Laker tickets donated by the team’s executive vice president, Jeanie Buss, and a Pau Gasol autographed ball. There will be other items of this ilk as well.

Other tournament highlights include a helicopter golf ball drop with a first prize of $1,500 (for the ball closest to the hole) and a $500 consolation prize (for the ball farthest from the hole), a professional magician from the Magic Castle, a long drive and trick-shot exhibition, plus lunch, on-course beer and soft drinks, margaritas and more.

On top of all that is a challenging and picturesque golf course. Sierra La Verne is considered one of the top courses in the eastern San Gabriel Valley. (Note: The course’s dress code includes no medal spikes, no jeans, Bermuda-length shorts, and collared shirts.)

The Man in Charge

Tim Haas, the president of Tournament Golf & Travel, coordinated last year’s inaugural SSFL tournament and has been brought back to again take care of details and make sure everything goes smoothly.

Haas points out everyone can help with this project and help families in need of a good meal.

“Putting together a foursome is one way but also contact friends, relatives and business associates – everyone you know – and let them know about this great event,” he said.

Even non-golfers can contribute, Haas noted.

“Be an event sponsor, purchase a tee or green sign, make a donation, donate a raffle or auction prize, purchase a helicopter golf ball drop ticket,” he said.

And at least a portion of most donations is tax deductible.

The driving force behind the golf tournament is Vicki Brown, the president of DPI Labs, Inc. of La Verne and CEO of Sowing Seeds for Life.

“Your involvement, support and generous donations will have a positive impact on both the underprivileged and hungry people in La Verne and our surrounding communities,” she said.