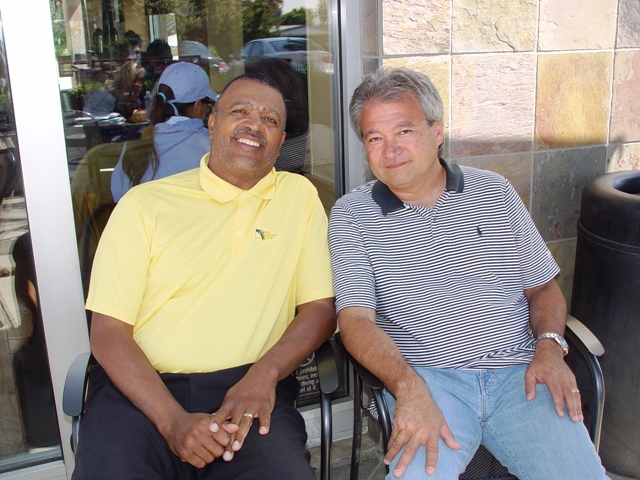 It was at the original La Verne Starbucks in 2004 that La Verne residents Carroll Wheatley and James Northup wondered aloud why the town didn’t support travel basketball the way it did soccer and baseball.

Then Wheatley, a lawyer, asked his coffee mate, ”Why don’t we start a team?”

“I thought, ’Why not?’” recalled Northup, a former La Verne Little League president. “It took two more cups of coffee and one more meeting, and all of a sudden we were moving.”

Flash to October 2010, with the start of the 2010-11 high school basketball season less than 45 days away. The nucleus from that first travel team, which became the La Verne Stars, will now be among the headliners on a very good Bonita basketball team that last season finished 24-5 before falling 74-66 to Golden Valley in the playoffs.

“I think 100 percent of the players on the team this year have played for the Stars at some point,” said Wheatley, who played basketball for four years at Elmhurst College in Elmhurst, Ill. Yet, Bonita won’t be the only team to benefit from this fantastic feeder program. Stars players also hail from Claremont, Rancho Cucamonga, Walnut, San Dimas, Glendora,  West Covina and other valley cities and will similarly bolster their local high schools’ rosters.

At the same time, Wheatley and Northup expect some 90 players or more, beginning in the fifth grade, to play for the Stars this season when they’re not competing in their school or city league programs.

It’s been a notable six years since the program, modeled in part after the La Verne Legends (baseball) and La Verne Lazers (soccer), got off the ground. As the team ranged outside of La Verne to face Los Angeles and Inland area teams, the Stars’ light flickered. It wasn’t unusual for the team to get beat by 30 points against some of the more established teams.

At a High 5 tournament in San Diego in 2005, the Stars finally made it out of pool play.

“We developed our way into a lot of losses,” Northup added, “but we learned and learned. My wife told me we had the toughest kids from the toughest cul de sac in La Verne.”

The following year, the Stars made it to the quarterfinals. “That’s when it dawned on me how right Carroll was,” Northup said about the depth of La Verne’s basketball talent.

When the kids were in the 8th grade, they returned to San Diego and won it all against teams from throughout the country.

Success often breeds success, and now not only do the Stars boast fifth, sixth, seventh and eighth grade teams for boys and girls, but they also possess outstanding volunteer coaches, such as John Neff, and current University of La Verne athletic director Julie Klein, and Leland MacDougal, who played at the University of Santa Barbara. For gyms, they use the Leroy Haynes Center, the Church of the Brethren and the University of La Verne. More courts and practice time could open up when Bonita’s new gym is completed sometime next year. 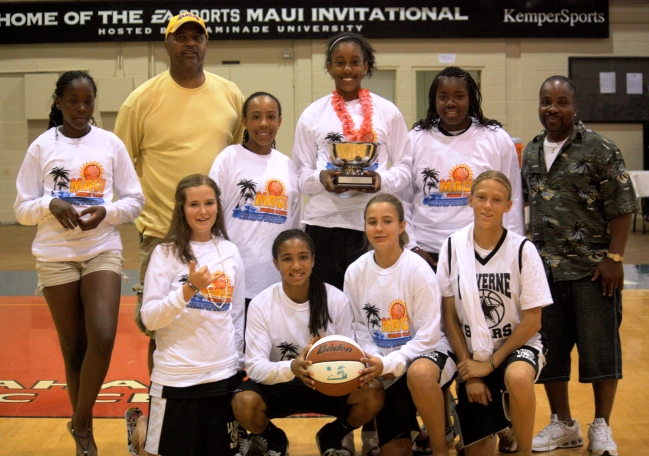 Over the summer, Wheatley coached his combined seventh- and eighth-grade Stars, who won the Summer Maui Classic.

Try-outs for all levels of the La Verne Stars are held once a year. Fees are $50 a month, which cover the cost of uniforms and fees for tournaments, which can be as often as two or three a month.

While playing all this extra high-level basketball certainly improves the development of participating players, and while area highly coaches are extremely appreciative of the Stars efforts (the Stars run Bonita’s offense), Wheatley and Northup said they don’t make any promises they can’t keep.

“My kids will stand out by playing the right way.”

What the Stars program does is expose La Verne players to a larger arena of competition. Given the program’s growing success and reputation for excellence, other elite teams and camps have extended invitations to play and compete in their programs. For instance, Wheatley’s daughter, Dominique, competed in the Michael Jordan camp in Santa Barbara camp, where she was named MVP. Similarly, James Northup excelled at the Adidas Phenom camp, invitations that probably would not have been extended had they not been playing with the La Verne Stars. Russell Hernandez, another player on the Stars and now a seventh grader at Ramona Middle School, is also a nationally ranked Adidas Junior Camp power forward.

Whereas a few years ago, there were few options for higher-tier basketball players in town, La Verne students on the playgrounds at Grace Miller, Roynon, La Verne Heights, Oak Mesa and Ramona, are telling their parents they want to try out for the Stars.

With the increased interest, La Verne is closing the gap with other feeder programs that have long existed in Orange County and other youth basketball hotbeds.

“We’re putting kids in a good position to succeed,” Wheatley said. “If there wasn’t the interest, we wouldn’t be doing it.”

Just how far the Stars program has come will soon play out at Bonita and other area high schools. Sitting in the stands for all the games will be Wheatley and Northup, watching intently, proudly and with a twinkle in their eyes at the prospect of Bonita rising to even greater heights this year.

“It’s very special this year,” Northup said. “The core Stars group, which could be part of what is a very strong Bonita team this year, will be graduating.

At the end of the season, you just might find Wheatley and Northup enjoying another cup of coffee, sipping from that sweet cup of success.

After watching Bonita play, enjoy a pizza from the Pizza Barn, supporters of La Verne Online.