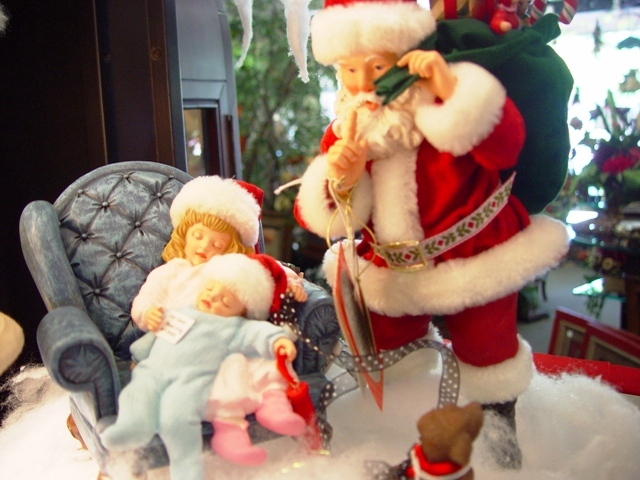 Joann Lammens’ ship has come in – or, should we say, shipments.

The owner of Gina T. HOME and Gina T Interior Accents is like a kid at Christmas, ecstatic over the arrival of her new Mark Roberts collection of Christmas Fairies and Elves and the new line of Possible Dreams Christmas collectibles and figurines.

It may be August, but it feels like Christmas at Gina T’s. 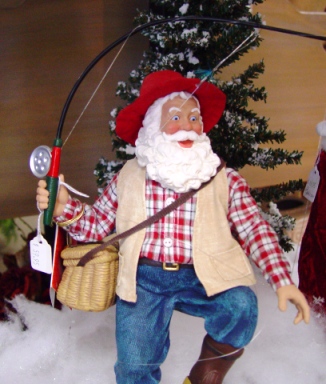 Established in 1984, Mark Roberts was founded to bring to life all the characters that, as a little boy, Mark’s mother used to tell him about but he was unable to physically see. For 25 years, his business has grown into one of the largest and most renowned collectibles company in the nation and the world, with collectors in every state and over 20 countries.

Each Mark Roberts creation is a limited piece, which makes each unique elf or fairy a special treasure not only to annually decorate the tree with but also to pass down to the next generation.

Another Mark Roberts tradition, in the honor of the rich Christmas spirit, is making two special ferries (ferries have wings; elves don’t) whose sales help benefit leading charities. This year, proceeds from sales have been designated to support the ongoing work of the Breast Cancer Foundation and St. Jude’s Children’s Research Hospital.

Mark Roberts had some fun with this animated elf.

While Mark Roberts’ Christmas elves and fairies dangle cheerfully and whimsically from well-dressed Christmas trees, you’re likely to find Possible Dreams’ collectibles and figurines just about anywhere in the home having fun and making mischief.

These characters show Santa in all of his merry manifestations, suited up as a Nascar driver, as a fly fisherman, a golfer, an Irishman in green, not red, robes, as Elvis, or just enjoying some milk and cookies or snoozing in front of the TV with Mrs. Claus after making his last round of Christmas deliveries. Don’t tell, but Santa has also been seen at Gina T’s tipping a wine glass, or was it a wine bottle?

“It’s been of one our best sellers,” added Etienne, a member of the Gina T. staff.

“The magic of Christmas can be reflected beautifully in these adorable figurines, and their message and beauty stands the test of time,” Joann said. “They make great centerpieces, table toppers, and conversation pieces.”

Whether buying for yourself or a special someone, they make the perfect gift and are offered at every price point to fit any Christmas budget or wish list.

But don’t wait. Santa has lots of stops to make and once his special edition collectibles at Gina T’s are gone, they’re gone – just like Christmas pixie dust.

To learn more about all the upcoming events at Gina T, including her 25-year celebration in La Verne, send your email to gtflowerpot@msn.com [2] to be including on her invitation-only mailing list announcing upcoming specials, celebrations and other seasonal treats. With Gina T decorating your life, you always feel a little closer to home.