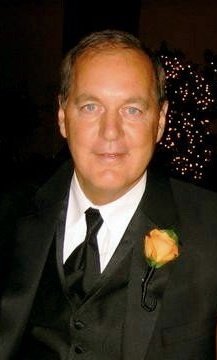 Howard Hills, a Laguna Beach reader of La Verne Online who was in Honolulu on July 4th, sent us this note that we think perfectly captures the meaning of Independence Day:

Living on a U.S. Marine Corps base here in Hawaii, taking care of our grandkids while their dad was in Iraq, I am surrounded every day by the people who defend America, and I am so profoundly humbled to be in their midst.  We will be in Honolulu tonight, celebrating with our old friend Orson Swindle, who served our nation honorably while held for seven years as a POW in Vietnam, another humbling reminder of the sacrifice of those who keep our nation safe.

In the old world order before the first July 4th, the hierarchy of reality was: God-King-The Church-State-Nobility-Merchant Class-Free Men-Feudalism-Individual People. The new hierarchy of reality in the world order created by Jefferson’s hand, guided by God, has been, and for as long as we remain its faithful stewards will be: God-Individual People-Human Enterprise-Human Rights-Rule of Law-Government.

In the last century fascism and communism tried to put the individual back at the bottom, and atheism tried to take God out of the equation altogether. The sacrifice offered up so terribly in WWII stopped the fascists, and sacrifice and faith that sustained us in the Cold War stopped the communists.

Now we face the threat of a new transnational religious tribalism advanced through randomly targeted high-tech violence that is the new face of fascism, and a new crisis-driven command economics that could become the new face of state sponsored authoritarian collectivism.  Once we understand better the new threats we will prevail again, hopefully without global war and sacrifice.

Yet, sacrifice there will be, and for those of us who are not called to battle at arms, the 4th of July is a day to celebrate our freedom, and confirm our responsibility to serve and sacrifice as we are called to do, to shield our families, communities, our nation and all people from fascism, totalitarian collectivism, and the intolerant enemies of faith.

Utmost in our hearts on this day must be our dedication in spirit to honor those who sacrifice on the field of mortal combat, and make themselves the sword in the hand of our nation in defense of liberty. May the hands of our nation’s leaders and our people in all these works be guided by God, as were the hands of those who wrote and signed the Declaration of Independence were 234 years ago, so help us, God.

Mr. Hills has 32 years of private and government legal advocacy and political management, including international claims, treaty negotiations, immigration and nationality law, with focus on Asia/Pacific region, Eastern European countries, and administration of U.S. off-shore territories. He was the lead counsel for the White House (NSC) in the U.S. Congress and federal courts for negotiation and implementation of multilateral political status treaties and military base rights agreements with Pacific nations and territorial decolonization issues in the U.N. Security Council. As General Counsel of U.S. State Department agency, he managed treaty and legal aspects of the start-up for U.S. post-cold war private sector-led development strategies in Eastern Europe and Latin America.